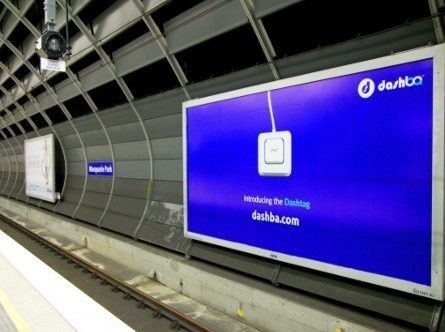 “People are now receiving more advertising content than communication from friends and family [on Facebook], there are fake company profiles, lots of information that is not being moderated and it is making newsfeeds too complicated to digest,” he says.

Dashba is an online platform that helps businesses engage with customers and drive sales through marketing campaigns, digital communications and market research.

“Anyone can like a Facebook page and become a number,” says Arias, who finds that big companies too readily fund advertising when good returns on investment are not easily seen.

Despite the millions of followers companies can gain on Facebook, Arias says without comprehensive consumer analytics and direct interaction with clients, the power of social media marketing is not fully utilised.

Dashba works in a similar way to platforms such as Open Top and Posse. It lets brands communicate one-on-one with clients, allowing complaints to be resolved in private.

Users sign up to follow their favourite brands and score exclusive promotions while businesses develop campaigns they can monitor, evaluate and strategically promote.

Since the company was created in July 2014, Arias and his team have developed several Dashba campaigns, at no cost, for some of Australia’s biggest companies.

“We are currently working for free. We’ve approached more than a hundred companies and we’re waiting,” Arias says.

Three big companies are in the process of signing on. Three hundred people interested in brands, products and services also signed up at Dashba’s launch on Wednesday, November 26.

Arias says he wants to take control of Australia’s online marketing so Facebook can go back to its original cause, being a social network, and leave business interactions up to Dashba.