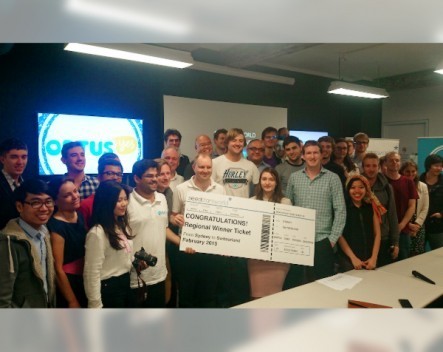 A Sydney startup is heading to Switzerland to battle it out for the chance to win $US500,000 in funding.

Car-monitoring startup GoFar will represent Australia at the Seedstars World Final Competition in Geneva, pitching against 36 other startups after winning the Australian competition in October last year.

Participants will take part in a three-day bootcamp and have international investors and mentors coach them on their business models prior to the final pitch-off.

GoFar hopes to use an in-car display and corresponding phone app to help drivers make smarter and safer decisions – saving them money on both fuel and insurance in the process.

Danny Adams told StartupSmart while he and his co-founder Ian Davidson have refined their pitch over the years, encouraging potential investors to get onboard is never an easy task.

“It doesn’t seem to matter how many times you are pitching, it always seems like you’re starting from scratch every time,” he says.

“For people coming into pitching for the first time, you’ll be nervous the whole way through no matter how skilled you are or how comfortable you are with it. The main thing with pitching is practise and practising as much as you can.”

Adams says entrepreneurs should pay more attention to how they plan to make money in order to improve the pitches.

“Certainly early on it was a problem I ran into where you talk about the product or project you’re working on because that’s what you’re really excited about,” he says.

“And usually early on you haven’t spent a lot of time on traction.”

Adams says he closed a seed funding round last month after working on GoFar on the side for a number of years. He encourages those in a similar situation to form networks and friendships before deciding to work on a startup full-time.

“I was unaware for a number of years of the entrepreneurial and startup communities that exist in Sydney and in the other cities around the country,” he says.

“I reached out to a few meetup groups and had a few false starts, and then came across Fishburners and soon enough decided to go full-time on this thing. That was the best thing I have done – that’s when the networks started to be made and things really started to happen.”

The focus for GoFar after the international pitching competition, according to Adams, will be getting the product ready to deliver and expanding the number of trials ahead of a launch in the third quarter.

“We’re also looking for partners in the insurance space and in the fleet space,” he says.