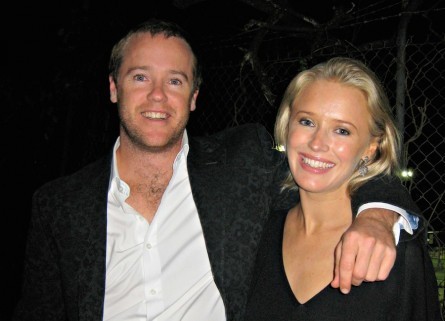 Throwing a dinner party or birthday bash but need an extra pair of hands? This Sydney startup might be here to help.

The pair previously launched local noticeboard StreetTalk in 2013, which now has more than 2000 users in Bondi.

Their most recent startup has facilitated more than 1000 bookings since March 2014 and now hopes to strengthen its presence outside of Sydney and Melbourne.

“It’s a marketplace like an Airtasker or Airbnb that brings two parties together so there’s no agencies, no agency fees,” Macphillamy says.

“When a host locks in and books a staff member they pay us $20 and organise the terms of payment with the staff member.”

The majority of work listed on PartiStaff is for private events in Sydney, with hospitality staff paid on average around $25 an hour. Throughout the summer the startup was processing around 120 jobs a month.

Macphillamy says the idea for the startup came from hosting parties and never having enough time to relax. He then began posting jobs on Gumtree but was never satisfied with the user experience.

“You couldn’t see what they looked like or whether they had experience,” he says.

“You were out on a limb and had no sort of review system – nothing. More than anything, it took me a long time on Gumtree whereas now on PartiStaff you can go and hire someone in an hour and a half.”

The platform’s growth has been mostly through word of mouth for the moment, according to Macphillamy. However, he hopes to ramp up marketing in the next few months to lock-in repeat jobs as well as new users and customers across Australia.

“The idea is it’s an open marketplace and the more traction and jobs you have the more confident the hosts will be,” he says.

“In saying that we’ve brought in full refunds if staff cancel because we don’t want the host to be out of pocket if they don’t like what they see or if they don’t have the right qualifications.”