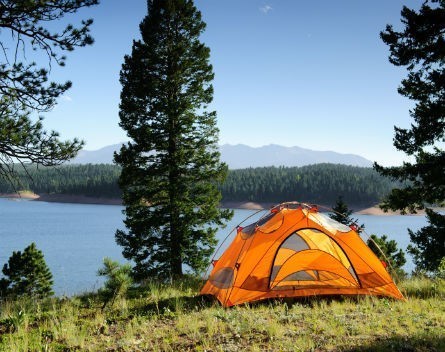 A Sydney startup is looking to make it easier for travellers to pitch up a tent in a property owner’s backyard or park their caravan in their driveway in exchange for cash.

Homecamp, which launched in January this year, has just over 700 users and is available in seven countries.

Hosts are able to upload photos of their backyard and any additional facilities and set their own pricing. On average the platform’s users pay $30 for each night of their stay.

Payment made between the host and customer in person – however, online transactions and insurance will be available in the coming months.

Founder David Abitbol, who comes from France, told StartupSmart the early-stage platform is very similar to Airbnb but specifically for campers and travellers.

“We were backpackers and travelling Australia and we were struggling to find a place to park our van on the coastline,” he says.

Abitbol says he came up with the idea after noticing how Australians tend to have large properties and backyards.

“I thought maybe it’s a good idea to start a website to connect those people with extra space with backpackers looking for a place to stay. It’s a win-win.”

The startup is based out of Fishburners, which Abitbol says is useful because it means he has space for networking as well as interns.

“It is quite helpful because they provide free workshops and there are lots of people doing a similar thing,” he says.

Homecamp recently received $50,000 of seed funding from a few French investors in order to “pay the bills”.

Abitbol says he isn’t worried about running into regulatory problems, despite accommodation giant Airbnb drawing the ire of real estate agents and policymakers in Victoria.

“From my perspective it is the market that should decide,” he says.

“If people use it and like it and it’s good value for campers and good value for home owners, then they [regulators] have to change and be flexible. They have to let people innovate… because otherwise it will end up blocking entrepreneurs and I don’t think that’s good for home owners but also Australia and the world.”

“If Airbnb and Uber are doing it, it means that we can do it as well.”

Abitbol also brushed off concerns that Homecamp would not be able to compete with Airbnb, which has raised more than $800 million to date.

“Airbnb are the luxury brand with villas and going to the camping industry or market would not be matching with their brand,” he says.

“This is a niche market for them, they’re looking for $80, $100 in rent because otherwise they’re not making money. Camping is often seen as cheap and old fashioned, which is why I don’t think it’s a market for Airbnb.”

In New South Wales, property owners have been threatened with fines of more than $1 million for renting out rooms on Airbnb and other short-term accommodation platforms because regulators deemed they were running unauthorised bed and breakfasts.

According to the Tenants Union of Victoria, tenants are not allowed to sublet their property without written consent from their landlord.