Sydney startup promises to get your EventMojo happening 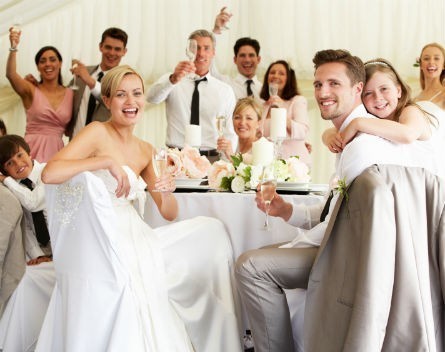 Weddings, corporate functions, birthday parties – Sydney-based startup EventMojo wants to be the platform where every aspect of them can be sorted.

Not just the venues, but the food, drinks, photographers, DJs and just about anything else one might need to hold an event can be booked through the platform.

Co-founder Sanjay Sundarjee, who’s bootstrapping the startup with fellow co-founder Ben Pecotich, says the web platform makes it easier for people to organise events and for event suppliers to market their services.

Prior to working on Event Mojo, Sundarjee was a marketing manager, a role in which he often bumped into the difficulty of organising events.

“We decided there was a need for one place for events, similar to Wotif or Airbnb for accommodation, where you could find everything you need,” he says.

The site gives users the means to source suppliers, look at reviews and prices, and a means to book.

“When you are planning an event, you shouldn’t need to spend hours trying to find the right services,” he says.

“Why do you have to go through so many sites to search for venues, catering and other services?”

Founded in December 2013, Sundarjee says in the first few months the challenge was to build a database of suppliers that offered everything their customers needed.

“One of the big things we needed to contend with is we want to cover any service associate with events; a very broad area,” he says.

“For us, our strategy has been saying for the next few months we will focus on (recruiting suppliers in) this area.”

Event Mojo takes 3.5% cut from all the sales on the platform, but will also look to advertising and sponsored content as additional revenue streams.

“Suppliers have loved it because it’s a win-win situation – 3.5% isn’t a big fee,” Sundarjee says.

Event Mojo launched in August last year with over 200 event organisers from sporting clubs, to universities, banks and government agencies.

One of the challenges at launch was messaging. The startup had originally used the text “Plan the moment”, but had found few visitors heading to the site were converting to customers. As a result they decided to make their message more obvious: “Find and book everything for your event.”

“You can become pretty immersed in your startup. When creating the layout we thought what works is keeping it as simple as you can,” Sundarjee says.

“But we didn’t explain what it was enough, what it was about. The way we looked at it other websites out there like Airbnb kept it very simple.

“But they can be very simple because they’ve got a really strong brand now. ‘Plan the moment’ – that’s something cool sounding, something you might see on Airbnb – but it might be down the track for us because it didn’t make sense for our users. We needed to be less abstract.”

Event Mojo will continue to work with the goal of proving the model in Australia before targeting overseas markets.