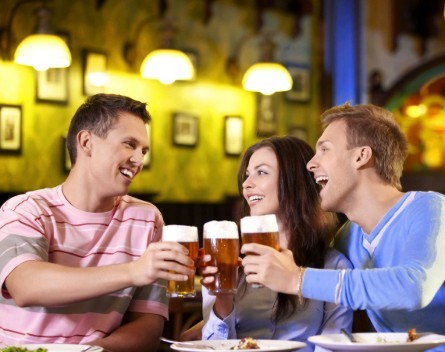 A Sydney startup wants to expose more Australians to craft beer by making it easy for them to shop for local brews online and have them delivered straight to their door.

Apart from being a “one-stop shop” for summer ales and organic apple ciders, BeerBud hopes to broaden the definition of what it means to be an online marketplace by holding regular events such as tasting sessions and brewery tours.

Co-founder Andy Williamson told StartupSmart the idea for the business came after he and his friends were frustrated with both the price and range of craft beers at their local bottleshops.

The startup, which had a soft launch in April this year, is well positioned to get people to switch from mainstream brands. According to Roy Morgan Research, the number of Australians consuming craft beer on an average four-week period has increased to more than a million for the first time on record. But despite their product’s growing popularity, craft breweries still find it hard to build-up brand awareness. Williamson says this is where he hopes BeerBud can make a difference.

“These craft breweries, they’re small to medium-sized enterprises and they tend to be hyper regionalised,” Williamson says. “Because of their size they’re limited in terms of where they can actually distribute their beers.”

“Yes, we’re a standard online retailer but we see our ability to actually build a large and engaged audience as crucial to our success. We need the whole consumer education aspect to be import for the growth of our business.”

Williamson says the main hurdle for the startup has been getting the logistics right.

“The Australian e-commerce landscape is still very young and emerging,” he says. “We ran a very comprehensive tender process where we went out, met with and compared pretty much every third party logistics warehouse provider in Sydney and to a smaller extent Melbourne.”

Williamson says the majority of warehouses lack the processes required to fulfil e-commerce orders on an ad-hoc but real-time basis. He says the biggest tip he would give someone thinking about launching an online marketplace is to “iron out” all the logistical issues well before going to market and scaling-up.

“At the end of the day you only get one chance to reach and try to acquire a customer,” he says. “And if you acquire that customer but are unable to fulfil their minimum expectations it is going to be extremely difficult to win those customers back ever again.”