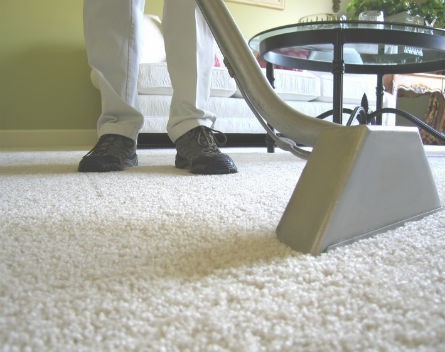 The number of on-demand services available in Australia is steadily increasing and the latest startup to launch in this area is Whizz.

Founded by former SkyFii director Mark Bernberg, Julian Tobias and Adam Abrams, Whizz allows users to book “pre-screened” independent cleaners to clean their homes. The service charges a fixed fee based on the number of rooms and bathrooms that require cleaning. A two bedroom, two bathroom property clean costs about $95. The service is currently only available in Sydney and accessible via its website with a mobile app soon to follow. Users have the ability to book their last cleaner again, or schedule recurring cleans.

Cleaners have a 150 point checklist they’re required to work through and little touches like freshness seals on toilets, linen fragrance sprayed on bed linen and chocolates on pillows are aimed to give users a hotel-like experience.

The startup recently closed a Series A round and while Bernberg was unwilling to disclose the exact figure raised, it was in the order of hundreds of thousands.

Whizz follows the likes of Homejoy and Handy, both of whom offer similar services in the United States, where on-demand startups are rampant. Have your flowers delivered by BloomThat, your washing done by Washio, and groceries bought by Instacart.

In the United States, Handy faced a class action lawsuit which alleged the company refuses workers minimum wages, paid breaks and overtime pay. As of last year HomeJoy was paying its contractors between $US17 and $US20 an hour, but they weren’t eligible for health benefits, unemployment insurance, workers’ compensation or retirement plans, and some were found to be homeless.

Bernberg says he realises the importance of treating staff well.

“Our cleaners are getting paid above market rates. It ends up around $32 or $33 an hour. When you add up the checklist, the seals, stickers, chocolates, we’re giving the cleaners about an extra $2.36 per job. We give them uniforms and equipment and all of our staff gather monthly for a barbecue in the park,” he says.

“I’m trying to build a community of believers and followers rather than prisoners.”

Entry to that community is quite competitive, which Bernberg says is to ensure the quality of Whizz’s cleaners remains high. Cleaners must pass police checks, have at least $10 million in public liability insurance, be covered by workers’ compensation, have an ABN, extensive cleaning experience and own a vehicle. In addition, they must speak fluent English. Only 15% of more than 1000 cleaners have been accepted to become part of the service.