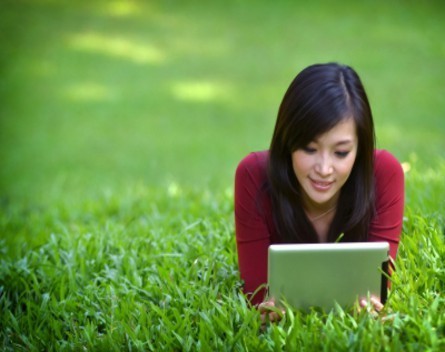 Tablo is a cloud-based e-publishing platform that allows authors and readers to create, share and discover new e-books.

The startup has partnered with Momentum, the digital arm of major Australian publishing house Pan Macmillan, to uncover new authors.

In November, Tablo will be looking closely at the numbers of readers, followers and overall engagement books on the platform receive and will pass on the five most promising books to Momentum.

Tablo founder Ash Davies says as the platform has started to grow the team has noticed that “the best books” on the platform are also the ones with the most engagement.

He says the month long competition is very much a test for Tablo and the partnership has the potential to be implemented as an ongoing feature of the platform.

“Being an open platform where anyone can create and share their content, good work will naturally be found on the site,” he says.

“Already on Tablo we see that readers are most engaged with the best books. So through that engagement we’re able to look at what books are most likely to be a success.

“I would love to show you in the next 12 months a host of authors who started on Tablo and have landed publishing deals.”

The terms of any potential deals would be negotiated on a case-by-case basis between the author and publisher and Tablo has no plans to be involved in that process.

Momentum was not the only publisher that has shown interest in running such a talent search with Tablo, but Davies says it appealed to the startup the most because it’s one of the most innovative publishers in the world.

The competition coincides with National Writing Month, an annual event that calls on professional and amateur writers around the world to write a 50,000 word novel during the month of November.

“Incredible musicians have been uncovered on platforms like YouTube and, this month, we’ll be uncovering the next generation of talented writers on Tablo.”

“Tablo’s innovative model is a fantastic way for authors to get feedback and build an audience before a manuscript is completed,” he says.