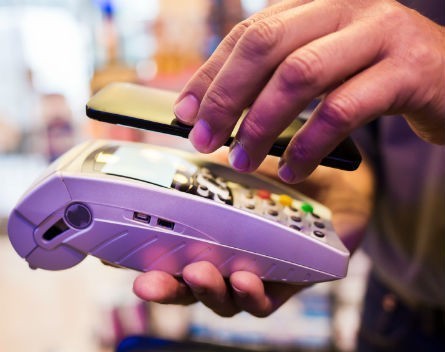 An Australian startup leading the way in contactless communications has opened an office in New York as part of its expansion into the US market.

Tapit, founded in 2011, has been finding new ways for consumers to access information instantly on their phones – all off the back of an aggressive international expansion.

Earlier this year the startup collaborated with the likes of Google and HBO to allow people to access film and television-related content on their smartphones by scanning event posters.

In September, Tapit entered the Chinese market via a partnership with mobile commerce giant 99 Wuxian.

Co-founder and chief executive Jamie Conyngham told StartupSmart the company opened an office in New York because it wanted to position itself where its clients were.

“There’s a concentration of media in New York and a lot of iconic brands have their global headquarters there, so it made more sense for us to relocate there rather than San Francisco,” he says.

Conyngham says the startup has been using Australia as a “launchpad” for global deals, which has worked well because it can bring those case studies to the US.

“If you do a deal with Google or Microsoft in Australia you have that case study and you can then go to their global teams,” he says.

“You can’t do that unless you do those deals in the US – Skype only takes you so far.”

The company has been helped by the fact that Australia is ahead with contactless communication in comparison to other countries, according to Conyngham.

“You’ve seen the massive take-up of tap and pay with credit cards and that has put us ahead in the contactless ecosystem. So we’ve been lucky to have headquarters here in that regard because the US is a bit behind – even in the UK.”

Tapit also has offices in Tokyo, Shanghai and Dubai. The fast-growing startup has pioneered contactless communications for brands such as Telstra, Vodafone, Coca-Cola, Samsung and Sony.

There are around 635 million smartphones fitted with near-field communications technology around the world, and Tapit expects that number to grow to one billion by 2015.