Tenderfoot aims to be a personal take on travel 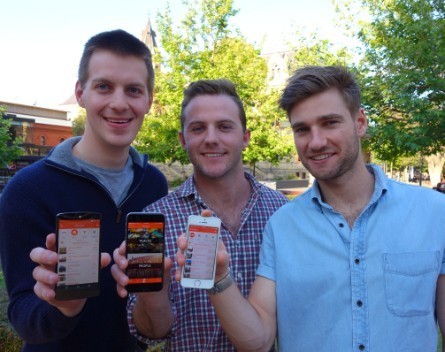 Lucas Lovell was studying in the foothills of the French Alps when he first conceived Tenderfoot, a travel app that provides weary wanderers with lists of things to do while abroad.

The 23-year-old Adelaide law graduate has since returned home, teaming up with schoolmates Mitch Pascoe and Charles Inglis to launch the startup that has already raised more than $120,000 in seed funding.

But today’s Tenderfoot is quite different to what Lovell first envisioned during his sojourn overseas.

The product started life as a social media network for travellers, but after deciding they’d struggle to distract travellers from Facebook, the trio moved into the world of travel advice.

Lovell says the app differs from other tools like TripAdvisor and Expedia because it provides personalised recommendations and suggested attractions, restaurants and hotels based on like-minded people’s feedback.

He also says Tenderfoot is easier to use than its competitors.

“Some of the biggest information-based travel platforms get you bogged down in reading and writing,” he says.

“We can make it more valuable and more specific.”

The result is a sparse interface design that first invites users to explore a destination by its places or its people.

The ‘people’ function connects users with other nearby travellers, and even locals.

“A lot of people travel alone, and we think that engaging not just with travellers but with locals is a really important thing to do,” Lovell says.

The idea has enticed a number of private investors from inside the team’s own networks to get on board.

Lovell says they were able to attract interest by putting together a workable prototype as quickly as possible, and now they’ve amassed some capital they have the capacity to respond to consumer feedback and demand.

Now the job is to acquire more users, something Lovell wants to achieve in Adelaide, Melbourne and Sydney before targeting foreign destinations.

“I think the way we’re going to approach the market until the initial traction comes,” he says.

“Trying to go to a global market straightaway is a difficult thing to do.”