The 5% problem and how to avoid it in your startup 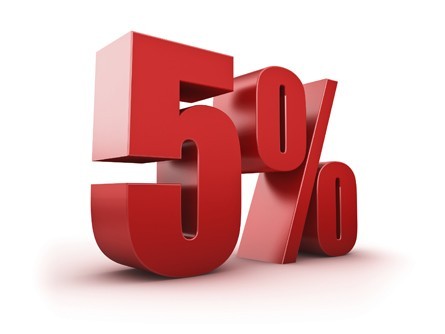 Startups need to work out the core reason customers use their products and double down on the fundamentals or risk going down the same path as the likes of Evernote.

In a piece for The Verge, European correspondent Chris O’Brien analyses the decline of the former unicorn and identifies a core issue: the 5% problem.

With a wide range of different features, everyone was only using 5% of Evernote’s true potential, and each user utilised a different 5%, making it difficult to draw in new customers.

“The Silicon Valley mentality fosters a desire to continue building and iterating because if you don’t, you could get lapped by some new competitor who comes along and outflanks you,” O’Brien says in the piece.

“And sometimes engineers and product developers just get overly enamoured with themselves and their ideas and lose sight of the bigger picture.”

O’Brien points to Snapchat as an example of how to avoid this prevalent issue, identifying a speech CEO Evan Spiegel gave last year where he claimed to reject 99% of all products his team is working on.

“For startups on the rise it’s a good idea to hit the pause button if you ever find yourself saying in public that you have a hard time explaining what your company does,” O’Brien argues.

“If you lose sight of the core experience and fall prey to the 5% problem, you likely won’t find the road back out.”

This seems to be the problem that has befallen Evernote, with the writer recalling an interview with the then CEO Phil Libin from two and a half years ago discussing the startup’s “broad usage base” and a need to be “a lot better about tying it together”.

After bringing on board new CEO Chris O’Neill, Evernote seems to have made efforts to do this, doubling-down on its core offering, axing three external apps, cutting 13% of its workforce and closing three offices around the world.

“We’re working on the fundamental features that matter most to the user experience across all platforms,” O’Neill said in a blog post.

“Evernote’s strength is in its core. That’s where we’re going to focus.”

To avoid meeting a similar fate as Evernote, startups need to quickly identify the core reason people are using their offering and intensely focus efforts on this, rather than becoming enticed with new and diverse features.

You can read the full piece on The Verge.