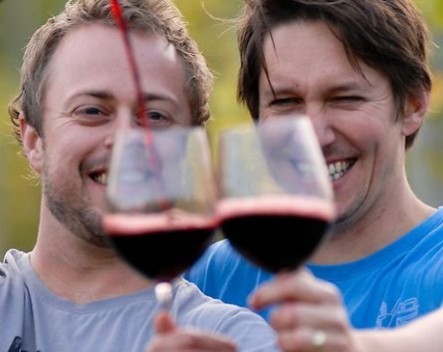 The team behind the wine deals site Vinomofo are onto a good thing now, being crowned the lead company in the Deloitte Tech Fast 50 awards this week, but co-founder and chief executive André Eikmeier says becoming a profitable start-up was anything but easy.

“The journey towards Vinomofo, before we worked out what we were doing, was intense. We’d put everything we had into our previous adventures, and we were really burning through our savings. I’d mortgaged my house and had a young family, so I was terrified,” he says.

Eikmeier and Justin Dry had launched Qwoff, another wine-related start-up in 2007.

“We’d built a good site and community, and we had positioned ourselves as communicators of wine to Gen X and Y. We were seen as leaders in content marketing and social media, but we just couldn’t seem to make any money. Not for lack of trying though,” Eikmeier says.

After two years of creating on-trend, smart campaigns but struggling to maintain revenue streams either consumers or partners were happy to back, they reached Christmas at 2009 still burning cash.

“Christmas is when you reflect on your family, and your success and failures. We faced the fact we couldn’t keep doing this. My wife is Justin’s sister, so she was especially stressed, and we knew we couldn’t keep putting our families through poverty,” he says.

After promising their partners they’d make it work by March or give up and get real jobs, Eikmeier and Dry continued to experiment with revenue streams and campaigns but still weren’t making enough.

They even started doing a bit of consulting, but it just split their focus away from their struggling start-up even further.

They were about to pack it in when they were able to bring on an angel investor who put cash into the business.

“Despite the deadline, we didn’t make a plan. We just stuck our heads in the sand and just kept going. The angel investor put in a bit of cash in May 2010. We were able to start paying ourselves modestly, brought on some staff and able to start running it like a real business.”

They continued to battle along experimenting with revenue streams and trying to make the business work. After 12 months their angel investor wanted to pull out.

“We’d both lost confidence in each other. We asked for more time, but it wasn’t going to happen. We converted the investment into a loan to pay back, and I’m still not sure how it’s possible but suddenly we were under even more pressure.

“It was really emotional and personal. It was family and debt and no money, with our backs to the wall.”

Despite frequent panicking, the breakthrough came when Dry suggested they explore a wine deals site, an idea Eikmeier shot down a few times before they decided to bring in Leigh Morgan, who would become third co-founder of Vinomofo.

“We didn’t have the time or money to try anything else new, so we brought on Leigh as a partner to make it happen. But it was a clear winner almost straight away,” Eikmeier says.

They’ve been onto a winner ever since, and while they’ve earned every minute of it, Eikmeier says he’s not sure where they found the tenacity and sheer stubbornness to keep going.

“It was horrendous. It’s not as simple as we took a risk to make Vinomofo. It’s more than that – it feels like a betrayal of your family. How do you judge if it’s the right thing to do? But the only guarantee of failure is quitting, so we didn’t.”

He adds while it’s much easier for him to say now it’s working, start-ups should just refuse to give up.

“Don’t count on your first batch of figures too much, because it’s not going to work. You need a plan and a bit of blind faith, especially when launching with no capital. Just don’t give up. You’ll always regret it.”

This if the fourth story in our five-part series Start-ups are Scary series. You can also read the earlier stories with 99designs, Canva and Thank You Water group. If you’ve survived a tough and terrifying moment in your start-up’s journey and want to share what you’ve learned with the wider community, we’d love to hear from you: rpowell at startupsmart dot com dot au