Making the leap from corporate world to sole trader: Why one woman did it 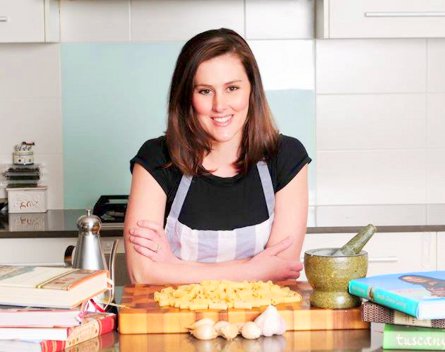 Making the leap from the corporate world to writing her own recipe book and launching a food website was “terrifying”, Tanya Bartolini tells SmartSolo.

“I have always been such a corporate person,” she says.

“I never imagined myself to have the courage to do this in the past.”

But after the birth of her son Mitchell, now 20 months old, working with a career coach and mulling the idea of writing a book, the former business development manager in the finance sector decided she had had enough.

Bartolini, 32, had worked in finance since leaving school, and steadily rose through its ranks as she focused on her career.

Based in Brisbane, she worked with a career coach to investigate how she might be able to stay in her home town, but still advance to an executive position without the need to move to Sydney.

From those discussions, she came the realisation that maybe she wasn’t meant to be in the finance industry.

She says she and her coach started investigating a path that would combine her loves of food, Italy and family and formed the idea of writing a book, which she started when she went on maternity leave.

When she returned to work, she found it wasn’t what she wanted, especially after starting her book and thinking how she might be able to turn it into a business.

“I’ve had to take a big risk and leap of faith that what I believe in is something that people will believe in as well,” Bartolini says.

Her book, Blending the Cultures, is being self-published and is due to be released in November. It tells the story of Bartolini’s family who left Italy after World War II to come to Australia and weaves together family recipes.

She says that with the birth of her son, she realised there was a generation of children who could grow up without knowing the stories of their families and the recipes that sustained them, which helped spur her to get writing.

She’s having 1500 copies printed in the first print run and the book will also be available through Amazon as an iBook and for Kindle.

Bartolini also launched a popular food website for everyday home cooks, The Kitchen Bench, which aims to be a place where cooks can share recipes and offer useful advice to each other. She also has a Facebook page that currently has over 3000 likes.

The website was originally called The Everyday Cook Network, but an email from a reader alerting her to a similar-sounding site prompted her to change it to The Kitchen Bench.

“My lesson learned is don’t fight something that’s not worth fighting for,” she says.

She says she was only three months into starting the website, so the switch was not too stressful.

“In the end I think I’ve got a much better name,” she says, adding that she’s got a trademark process underway.

She plans to monetise the site through advertising and hosting a monthly “In the Spotlight” section where she showcases a business that can provide a recipe or kitchen tip or trick that provides value for users.

Bartolini aims to continue growing the number of followers of her blog and become a “go to” site for advice for home cooks. And another book may be on the cards in the future.