The new tech approach to an age-old problem 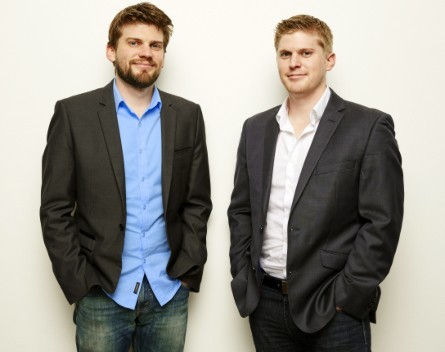 As Australians live longer and longer, more sons, daughters and grandchildren are becoming the primary carers for ageing relatives who want to stay at home.

Brothers Tim and Matt were in such a situation and developed Curo, a technology-based elderly care and insights platform in an effort to give families looking after elderly relatives peace of mind.

The Curo platform includes a number of sensors, which can be placed in homes and used to monitor things like movement, sleep, temperature, and whether or not appliances are being used. Those sensors then feed real time data back to a smartphone app which can be monitored by family members.

After a few weeks the platform has connected enough data to determine norms, like the time of morning the user wakes up, or the temperature of the house. Norms can also be manually entered by the user. When results stray from those norms, the platform sends a notification to the family’s smartphone app to let them know something might be wrong.

“For too long we have had to rely on reactionary emergency focused solutions for the ageing, but we can change that,” Tim says.

As the brothers watched their grandparents grow older, they realised the only way to know whether or not they were OK, was by calling.

“We wanted to see how we could use existing smartphone technology to build a platform to allow people to know that their family members are performing normal tasks and are OK,” he says.

“We wanted to come up with something that was passive, not invasive, but gave reassurance to the family that everything is OK and on the right track.”

When they began investigating possible solutions the only option that Tim and Matt could find on the market was emergency pendants, or necklaces, something their grandmother wasn’t too keen on.

“She refers to them as dog collars,” Tim says.

So they spent the last six months developing and testing the Curo platform, before launching the product in October.

Privacy is an issue that the startup has given plenty of consideration, Tim says, and he admits some people might not be comfortable being monitored.

“We told one set of our grandparents about the idea and they said over our dead body,” he says.

“But we went to the other set and said we’re worried about you as a family, and something that would let us worry less about you is this system.

“This is about recognising that family members care about their parents and want to support their independence for as long as possible. To do this, they need to be fully informed.”

The platform costs $349, which includes five sensors and access to the Curo iPhone app and web service, and there’s an ongoing fee of $39 per month, with no lock-in contract. The startup already has a few paying customers using the platform.

Curo has been bootstrapped so far, but is already actively pursuing seed investment.