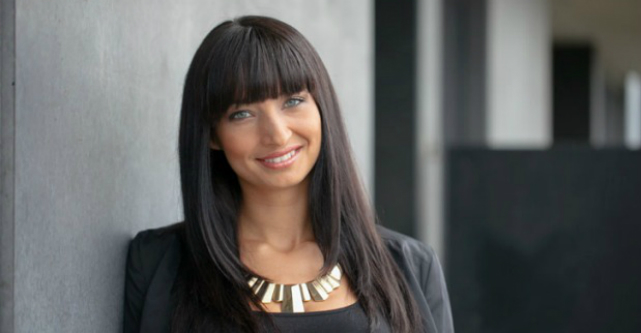 Entrepreneurship: It’s a field shrouded by inspirational quotes about reaching further, going where no one has gone before, and daring to make a difference. The reality is a bit different.

Depending on who you ask, three out of four or nine out of ten startups will fail. And last week, Business Insider reported on a recent study linking entrepreneurship to depression. Of the 242 entrepreneurs surveyed, 49% reported having a mental-health condition, and 30% reported having depression. (As a point of comparison, only 7% of the US population identifies as being depressed.)

This is evidence for something that entrepreneurs have sensed for a long time. It’s hard to talk about. Often an entrepreneur’s greatest barrier is a roadblock that exists in their head or their heart. This is the part of startup culture that no one speaks about.

No one tells you how hard it’s going to be when you step out from behind your corporate desk, leaving behind any sense of job security.

No one prepares you to have your identity thrust into the public sphere to be picked at, rejected, and critiqued.

No one tells you what to do when your business is losing money month after month, and even your own staff are starting to wonder if this is still a good idea.

No one tells you that you have to work as hard on your relationships as your work, because what’s the point of success if you don’t have anyone to share it with?

After three years of struggle, I’m finally reaping the rewards of following the entrepreneur’s journey. We have a great team, amazing clients, and we’re growing FAST. That’s the part I love talking about.

I don’t love talking about the hard times. They still hurt just to remember. Here’s a few:

The thing is, all those hard times are just as much of my story as the successes. Without something to prove, maybe I wouldn’t have worked as hard. Without losing money, I wouldn’t have found smarter and more sustainable ways to grow. Without breaking down, I would have continued to depend only on myself, instead of handing off leadership to my (amazing, better-than-me) team.

When I was down, losing money, and full of doubt, Hilary Dixon, a role model of mine said, “The difficult times push you to grow in a way that good times never can.” She was right.

To come out the other side of hard times as a stronger and better entrepreneur, you need more than a strong business model or exceptional marketing – you need to personally evolve, change and grow.

The battleground in your head is at times more dangerous than the one out in the world of business.

Emotional and mental perseverance is the most dominant topic on the table when I talk with many founders. You know the cliché those in touch with their emotions are weak? That couldn’t be more wrong. In entrepreneurship, being in touch with your emotions can be a superpower.

Sometimes I wonder how it would’ve been different if I’d had more role models who were willing to be honest with me about these ‘softer’ aspects of entrepreneurship. The articles, events and online searches are full of fluff; they’re success stories without the gritty, painful and practical details.

What if there had been more strong, female role models; women who had been here before to lead the way? We idolise amazing women like Arianna Huffington, Sara Blakely and Tori Burch. But right now, they look like moon shots; those one in a million women who manage to succeed against all odds.

Whether or not you believe the going is tougher for female entrepreneurs, we should all be able to agree that men have a lot more role models to pick from. No matter the field, idea or even personality type, a man has probably gone there before. And while women can admire men for their achievements and aspire to do similarly, we have a whole other set of challenges to contend with.

That’s why we need strong role models. We need to know that other women have been where we are before; that they survived and succeeded. That they managed to stay true to themselves – as people and as women, without having to completely change who they are.

In six weeks I’ll have my first child. I hope they grow up in a world that is full of great examples of male and female entrepreneurs that have shared stories of success, but also stories of pain. The only way this will happen is to start talking about the hard stuff.

I admire people like Rand Fishkin and more recently Ned Dwyer of Elto, who have come out to share stories of their own struggles. I’d also like to see more women joining their ranks, to share the female entrepreneurship journey, one shaded by its own emotional nuances.

Richenda Vermeulen is the founder and managing director of nTegrity Agency.