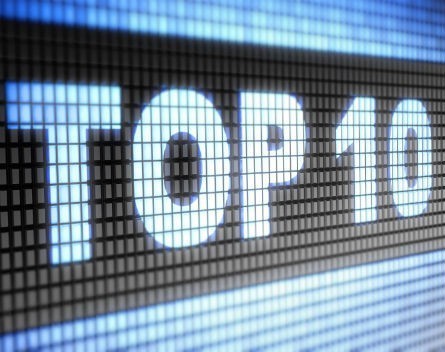 It’s been a big year for the Australian startup ecosystem. Success stories like Atlassian and Campaign Monitor continue to go from strength to strength and the ecosystem is growing. According to the Australian Private Equity and Venture Capital Association the 2014 financial year saw the highest level of venture capital activity in dollar terms over the last 10 years.

That uptick was despite “tough fundraising conditions” and the federal government’s termination of the Innovation Investment Fund weighing on local venture capital activity.

Here are some of the startups that contributed to the ecosystem’s success and caught StartupSmart’s eye over the past year. In no particular order:

What better way to begin than with a startup that literally wants to save people’s lives. Anaemia, a deficiency in the number or quality of red blood cells, currently affects an estimated two billion people worldwide, including 293 million. It is the cause of 20% of maternal deaths every year. It’s an easily treatable condition but is often symptomless. If left untreated it can lead to serious complications.

Eyenaemia has developed a simple non-invasive treatment, which allows anaemia to be diagnosed through a mobile app, and a quick selfie. They won the Microsoft Imagine Cup, and are currently conducting large scale field tests to confirm their solution works.

Sydney-based design startup Canva’s goal is no less ambitious – it wants to “democratise design”. This year it rolled out its design marketplace, which allows professional designers to contribute layouts and earn royalties every time their designs are purchased. Perhaps most significantly, it also signed up Apple’s original Mac evangelist, Guy Kawasaki, as its chief evangelist.

Startmate graduate ScriptRock, an Australian IT DevOps company, raised $9.8 million in a Series A round, led by August Capital. Also participating in the round were Peter Thiel’s Valar Ventures, and Square Peg Capital. As of August, less than 12 months after launch it had signed up 600 customers and is looking to scale up growth.

Australia’s leading bitcoin startup left Melbourne, setting up its headquarters in London, a city competing with Australia to be the world’s leading fin tech startup location. The relocation is part of the startup’s grand plan to expand into Europe. It also released Australia’s first bitcoin debit card, which enables bitcoin to be used to pay for goods and services anywhere where debit cards are accepted. If (when) digital currency becomes mainstream in Australia, there’s a good chance CoinJar will have had a lot to do with it.

Invoicing app startup Invoice2go was one of Australia’s big startup success stories of 2014. Founded by Chris Strode in 2002, in 2014 the startup raised $35 million led by Accel Partners and supported by Ribbit Capital. It’s got serious traction in the form of 120,000 customers and is looking a potential market of 100 million.

After holding one of Australia’s most successful kickstarter campaigns, smart lightbulb maker LIFX took out the top award for smart systems in the consumer goods category at the 2014 Edison Awards. It then partnered with Sequoia Capital and raised $12 million in Series A funding. It wasn’t without setbacks, however, after concerns emerged that its light bulbs could be hacked, leading to debate about the security of IoT devices.

Australia’s first equity-based crowdfunding platform, VentureCrowd helped facilitate the raises of two companies, opening up a new way for startups to raise capital. Transportation network and mobile payments startup ingogo used VentureCrowd to raise $1.2 million of a $9.1 million raise in September. It then helped fashion startup Fame and Partners raise $50,000 of a larger undisclosed funding round. With regulation that will open up equity crowdfunding to retail investors expected to arrive mid next year, these two deals look like just the first of many.

Online recruitment platform OneShift has grown to service 400,000 job seekers and 35,000 businesses. The platform, which founder Gen George describes as a “dating website for jobseekers”, matches employees with businesses looking for anything from one-off shifts, causal work, or permanent employment. The startup impressed Reddit co-founder Steve Huffman at a pitch session at Above All Human in Melbourne earlier this month.

The web-series produced in Melbourne wasn’t even a startup when it launched. Since the pilot episode launched on YouTube in August, the series has attracted more than 110,000 viewers across Australia, Europe, Asia, Canada and the United States.

It secured angel funding from Alan Jones and technology foundry Digital4ge and completed filming its first season. Co-founder Ahmed Salama says the vision for That Startup Show is to provide a voice for startups not just in Australia but around the world. It’s also been negotiating with a number of possible distributors, including TV networks.

The Sydney-based online retailer is taking on the world. Earlier this month it raised $6.5 million from US-based Khosla Ventures in December. Those funds will be used to finance its bricks-and-mortar expansion in markets, including the United States.

It’s already opened an office in New York and will be available in Nordstrom stores in Seattle, Washington, California, New Jersey, Illinois and New York.