The Venture winning startup Pollinate is using its power for good 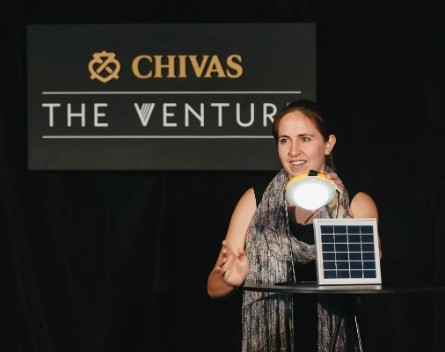 An Australian startup’s plan to light up India’s poorest communities with solar power has outshone its competitors for the chance to compete at a global pitching competition next year.

Pollinate co-founder Emma Colenbrander says the company’s co-founders were shocked into action after seeing the hardships faced by a town without electricity on the outskirts of Bangalore.

“It basically means life is a lot harder and everything has to be done before the sun goes down,” Colenbrander  tells StartupSmart.

She also said the absence of electric light means rats and snakes aren’t deterred from invading the community’s makeshift homes.

The problem extends throughout India where as many as 400 million people live in energy poverty. More than 1 billion people worldwide are in the same, vulnerable situation.

“The urban slums we work with are very marginalised, very neglected, they’re not recognised by the government,” Colenbrander says.

After existing solar power providers told the Pollinate team the communities were “too high risk” to help, they decided to go it alone.

The social enterprise trains local salespeople to sell lights door-to-door, and offers a payment plan so for families who can’t immediately afford to buy the product.

She says her company was also dedicated to servicing their products, which all come with a two-year guarantee.

“What we’ve seen with a lot of charities, who come into un-electrified areas and dump a whole lot of products, is they don’t follow up,” Colenbrander says.

“It makes people not trust the product and also means they end up living in the dark again.”

Step in the right direction

Before launching Pollinate Energy, Colenbrander worked for AusAID and was part of the Department of Foreign Affairs’ innovation hub.

She says Canberra’s recent commitment to Australia’s innovation scene is exciting, as is the country’s burgeoning social enterprise sector.

“It’s really great that we’re starting to talk the talk,” she says

Pollinate is also doing its part to nurture future entrepreneurs by running volunteer programs for students and young professionals to work with them in India and learn about social enterprise.

She says some of the participants return home to launch their own socially-conscious businesses.

“People don’t have to go down the age-old path of going to uni and working their way up the corporate ladder anymore,” Colenbrander says.

“Millennials are looking for something more meaningful.”