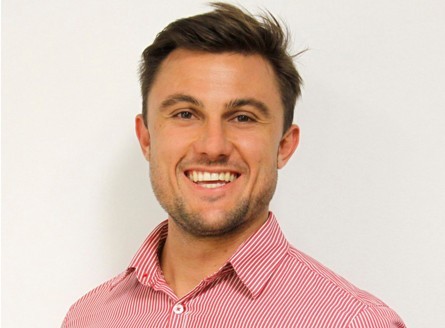 On-demand delivery startup Sherpa has expanded into the highly competitive food delivery market with two “unique partnerships” and co-founder Ben Nowlan says this is just the start of the company’s huge plans for 2016.

The startup has partnered with DeliveryHero and Doughnut Time to open up its network of delivery drivers and allow users to order lunch and dinners from participating restaurants and doughnuts any time after 8am.

“We don’t compete with businesses like Deliveroo because they’re an ordering platform that includes delivery – we’re allowing other businesses to own their own delivery by giving this out of the box solution,” he tells StartupSmart.

“It’s a really interesting space with a lot of companies looking into it. With Sherpa there’s an ability to open up breadth and market penetration.

“We’re essentially a delivery-as-a-service tech company that allows anyone to tap into on-demand delivery. We help solve that last piece of the puzzle.”

The secret to Sherpa’s success

After launching in April last year, Sherpa has now completed over 30,000 deliveries and received over $1.5 million in funding. Its 3000 drivers are operating in six cities across Australia.

It was a focus on executing its clear goals that secured this success, Nowlan says.

“The thing that Sherpa has done really well from day one is we executed on our plans and we’ve been very, very particular about what our market is and where our value proposition lies,” he says.

“We apply our business model to different verticals but we’re always the same thing: delivery that’s really fast and seamless through our technology.”

In terms of advice, Nowlan tells other founders to identify markets that are calling out for change and follow a simple plan.

“Get really clear on what it is you do and the problem you solve, and cut the market up to find out where the people are that need you,” he says.

“That helped us since the day we started and with where we’re going today. Have a clear focus on execution and don’t get distracted.”

After closing a funding round in December last year and having now moved into the lucrative food delivery market, Nowlan says other big things are planned for 2016.

“It’s a very exciting year ahead,” he says.

“Stage one in 2015 was about getting the delivery network out there with a bunch of partners on board. Now we’re entering stage two and releasing exciting new products.

“We have some exciting things to come out in a couple of months. We want to really disrupt the courier industry.”