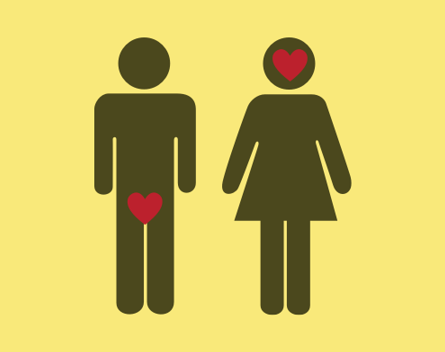 A Melbourne startup is launching with the aim of encouraging men to become better boyfriends.

HeroBoyfriend, currently a prototype in private beta, delivers reminders to users before important dates as well as a selection of gifts their partners might enjoy.

Michael Carr told StartupSmart he and his co-founder Daniel Groch decided to come up with the app after realising that their own actions were often failing to meet their girlfriends’ expectations.

“The idea came from a pain point for us personally where we’re both guys in relationships and identified there’s a bit of a gap between what our partners expect of us and what we deliver,” he says.

“So there’s a little bit of lack of thoughtfulness on our side and we thought there needs to be a service that sets aside reminders and curated content. We’re trying to turn guys from the other half to the better half and dramatically lift their game when it comes to their relationship.”

Carr says while there are a bunch of apps focused on helping “guys get the girl”, there aren’t that many out there for people in relationships.

“Obviously dating apps are successful as it’s a huge pain point for people trying to find a date or the right person, but once guys get over the hump and are past the honeymoon stage they hit another pain point and that’s hitting their partner’s expectations,” he says.

“We are part of that market and understand the challenge for men and have done a bit of research through friends and networks.”

When asked whether people would like to know that their partners need an app to remind them to buy them gifts, Carr says the idea isn’t to take emotion out of the equation.

“We’re not doing everything for guys, we’re just presenting really relevant and useful information in a timely manner,” he says.

“It’s not about us doing everything for them, it’s about taking out a lot of the legwork. We think the biggest issue with men is they’re not as thoughtful as women and they don’t have this sort of thing at the forefront of their mind. The other side of it is we think there’s a little bit of laziness on the guy’s side.”

The startup plans to roll out a publicly available app on Android and iOS in the coming months. However, at the moment it is taking expressions of interest to ensure there is enough demand.

“That’s something that I didn’t do in my previous app which was built and then I went to find a market,” Carr says.

“We’re doing the opposite approach this time – find the market and then build the product they want. We have a prototype but want to test assumptions before we go out there publicly.”