This new app is no laughing matter 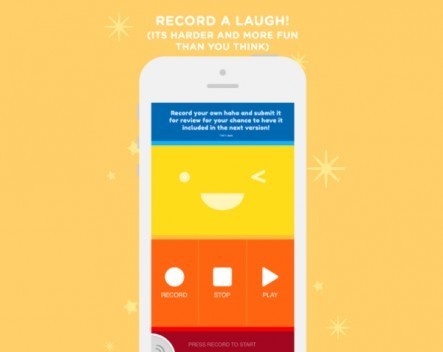 Smartphone users around the world send millions of texts, emails and pictures to one other each and every day – but now they have the opportunity to send and receive what some consider the greatest gift of all: laughter.

Haha allows users to record a laugh, chuckle or giggle and send it to friends, family and colleagues. The app came out of an internal hackathon last year at the mobile and web development company Tapmint with the aim of “making something fun and cool”.

Head of product development at Tapmint, Matthew Ho, told StartupSmart the app is now available to the public on Apple and Android phones.

“If someone is feeling a bit down you can cheer them up,” he says.

“You can send a laugh to your girlfriend, husband or a friend. Right now we’re just putting it out there and seeing how people use it.”

Last year the smartphone app Yo received a wave of press coverage because of the fact it allowed users to send contacts one thing and one thing only – the word “yo”.

However Ho says Haha was not directly inspired by Yo or any similar apps.

“We had definitely seen Yo, Snapchat and Sling,” he says.

“But we just wanted to make something fun and simple to use that is really quick to send a laugh. It was quite a challenge to keep it narrow, focused and simple…. Whenever you’re making something everyone wants to add more and more things. Sometimes the best things are very simple.”

Ho says Australia is home to many talented indie game developers and he is seeing more and more of them be creative with human stimuli such as sound and touch.

“I definitely think we’re going down that path of adding emotional design into them,” he says.