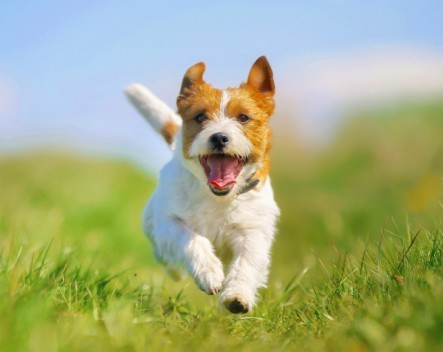 A Melbourne-based startup is looking to make it easier for dog owners to socialise with one another and organise trips to the park or beach with their pets.

Barklife, an iPhone app, includes map integration software and instant messaging so users do not have to give out personal information – such as a phone number or email address – in order to organise a play date for their four-legged friends.

Co-founder Matt Sanger told StartupSmart he and his partner Louise came up with the startup after coming across a problem they figured was a “fairly common experience” for other dog owners.

“We’d take Blakeley down to the park as it’s really good for any dog to socialise for their mental health and physical health,” he says.

“And some days we’d go down and there’d be no dogs there that she likes, but you’re hoping you can catch up with the dogs she likes playing with. And it’s a bit of a weird thing to go up to someone and ask for the phone number so your dogs can hang out. It’s invasive.”

Sanger says while there are a number of pet-based startups in Australia, he hopes Barklife’s simple design and all-in-one concept will help it stand out in the crowd.

“It’s about convenience for you as an owner,” he says.

“But also it is significantly about the health and wellbeing of the animal.”

Sanger and his partner come from a hospitality background, and do not have any prior experience in building apps. He describes building a startup as “daunting” right from the get-go.

“We fortunately are good friends with an app developer who has developed apps for the ANZ bank and realestate.com. We got some advice from him and spoke to app development companies in Singapore.”

Ultimately, the pair decided to build the app locally for a number of reasons – including convenience if something were to go wrong or need tweaking. Sanger says his advice to people who want to build an app but don’t have any development experience is to plan ahead.

“Having an idea is really only a drop in the bucket of everything that needs to be done,” he says.

The startup has been self-funded so far, and Sanger says the next step – apart from refining the product – is scaling it.

“We know for a fact we have a great product – now it’s a question of putting it into the hands of all the people who would benefit from its use,” he says.

“Over the next few months we’ll be putting brand ambassadors out there in the parks to talk about the products. Having this great idea is only one small part – if nobody knows about it or uses it, there’s no point in having a good idea at all.”

Barklife is available for free in the iTunes store.

The ATO need to target the odd 2% or so of people/businesses who deliberately do the wrong thing. Most businesses, especially the small to medium tend to make honest mistakes or simply try to minimise tax utilising the legal processes available to them. As Kerry Packer once said, “you’d be a damn fool if you didn’t try to minimise tax as you lot in government only waste it!” – I fully agree with the great man. (Just at a quick count of wastage; pink batt insulation scheme, school halls debacle, stimulus package for ex pats and dead people, NBN crap, big big government.. etc.) Change the laws if you want people to pay more tax rather than antagonise those who try to minimise as they are legally entitled go do. (On another note; the ATO are a heap easier to deal with since Libs took over, they are kinder, smarter and more helpful I find.)

Whatever it takes. Get the cheaters so the honest businesses have a fair go. I only wonder why the hell the ATO would announce it publicly like this? Silly.