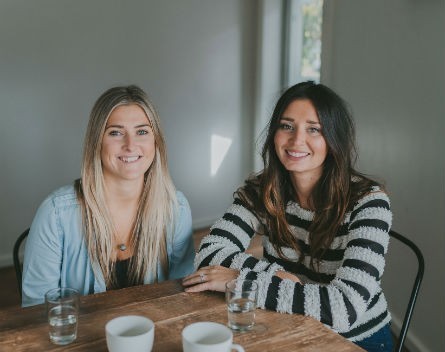 A Sydney startup is looking to make it easier for couples to find their dream wedding venue.

Since launching in March this year, WedShed has helped more than 26,000 people search for the right place to hold a wedding – whether it be in the Adelaide Hills or the Victorian high country.

The aim is to take the stress out of wedding planning and increase the visibility of wedding venues in regional areas that might otherwise miss out on much needed internet traffic.

Co-founder Amy Lucas told StartupSmart the platform brings together unique venues so that couples can spend more time and energy on planning other aspects of their special day.

“We realised a couple of years ago that finding wedding venues that weren’t standard or easy to find on Google was incredibly hard,” she says.

“When my business partner Mel and I got engaged [to our partners], it became even more important for us to bridge this gap as we saw there was a massive trend in the industry to find those unique spaces that you can style or reflect what the couple’s all about.”

The platform now has around 100 venues signed up to the platform, with the aim of snapping up many more.

“I think we expected it to be a harder sell, but the nice thing is that most of the venues we’re talking to get the idea,” she says.

“It resonates with them because they get couples saying they’re struggling to find them online and it was through word of mouth that they came across them. A lot of them are already struggling to be on the front page of Google… they find it hard to get in front of couples.”

As for what lies ahead for the startup, Lucas says the next sixth months will see her and her co-founder focus on a vendor directory to compliment the venues listed on the site.

“We’ve had a lot of responses from vendors – photographers, stylists for example – that have approached us about how they can be involved,” she says.

“We had banner ads on the site, but we didn’t think that was particularly forward thinking or much of a benefit to them. So if a vendor says I service NSW and this part of Victoria or lower Queensland, that will be entered into the [venue’s] profile and it will be integrated in the backend… we want to become a one-stop shop.”

Lucas also called on the government to legalise same-sex marriage in order for Australian businesses to reap the economic benefits.

“More weddings can only mean good things from a professional standpoint, however that doesn’t really play on our agenda,” she says.

“We just feel incredibly strongly personally that anyone should be able to marry who they want and that the time for equality is well and truly due. In fact, it’s late.”