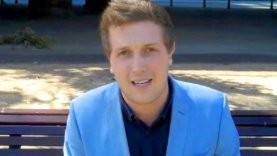 After overwhelming demonstrations of social media support from customers, a range of products from the Thank You brand finally line the shelves of Coles and Woolworths.

The breakthrough for the social enterprise was a result of an innovative crowdsourced social media campaign orchestrated by the team after two years of supplier struggles, collapsed deals, tears and perseverence.

Founder and chief executive Dan Flynn, launched Thank You Water in 2010. The start-up pairs products such as muesli and moisturiser with aid projects in developing countries.

He told StartupSmart their first terrifying moment happened about a year into the journey, when 300 of their 350 retail partners dropped off in a five weeks after their supplier failed to meet demand.

“We’d put all our blood, sweat and tears into getting those cafes and outlets on board. Understandably, our clients turned to us and said they weren’t going to work with us because we were just kids, and they’d go with a brand that could keep up,” Flynn says.

“That hurt because yeah — we were just kids, but we’d put a year or two into a partnership that wrecked most of the rest and we lost 90% of our future income in one go.”

Flynn says after a tear-filled walk around the oval near his home, he returned to his team of eight as they sat around a table reeling, thinking it was probably over.

“It was too hard. I felt hopeless, that we had failed and I had failed. But at the end of that walk, a little bit of me thought we’ve come this far, we’re going to find a way to get through this,” Flynn says.

His team rallied. They lined up a new supplier, and started organising meetings. They re-pitched the product and locked in new stockists.

Part of their revised plan was partnering with a new distributer with a network of over 4000 cafes and outlets, who told the Thank You team their bottled water would be in 2000 outlets a week after they signed the new deal.

“We’re there on the calculator doing 2000 times anything and it’s awesome. We were thinking this is the biggest thing ever and struggle time was over and we’d start creating a big impact in the development projects,” Flynn says.

A couple of weeks after signing the deal, the new distributor went into liquidation and declared bankruptcy.

“Our relaunch fell flat on its face. It was really hard. I’m ok to say it, I cried. Again,” he says. “It’s easy when you succeed to go on and try something big but when you’ve failed? To try and launch again is even harder than launching the first time as you’ve almost had the hope kicked out of you.”

Two-and-a-half years into the start-up journey with few sales, diminishing capital and a rising sense of urgency to prove the “how” of his social enterprise, Flynn had never worked harder to make the partnerships work.

They stayed focused on the two negotiations they had underway with two medium-sized retailers. When both retailers came out with their own water brands that backed development projects, it was time to change tactics.

“I felt like a fake. I wondered if maybe I was out there pushing a dead horse.”

The game-changing strategy emerged during Flynn’s soul searching. The source of his persistence was the fact that every time he introduced the idea to anyone, they said they’d buy it over the competitor every time, because of the charity aspect.

The time had to come stop mounting a business case to convince the gatekeepers to get the product to the customers, and start leading with the customer validation.

“One of the biggest struggles for any start-up is getting people to buy into your vision. When you’ve got no runs on the board, they’re looking at just some young dreamers. We realised we had to put the people who did believed in us front and centre,” Flynn says.

The Thank You team coordinated an email, Twitter and Facebook campaign to convince the 7eleven buyers to stock their products across the country. After a deluge of contact, 7eleven said yes.

A few months later they launched the same campaign on a much bigger scale and got even better results: their range into Coles and Woolworths.

Flynn shares more details about how they stayed resilient and positive, and ultimately pulled it off, in the video below.