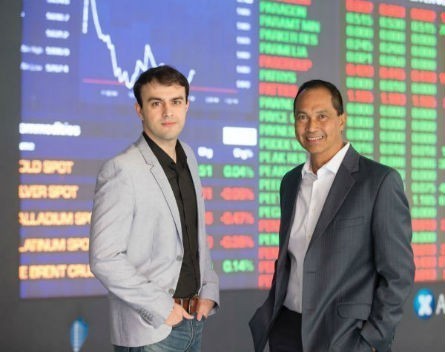 Australian geospatial startup Takor has been operating for nearly seven years now and CEO Amir Farhand says he’s yet to lose one employee.

It’s quite a feat, with turnover rates usually fairly high in the startup realm, and Farhand says it’s down to growing personal relationships with staff and maintaining a good culture during rapid growth.

Takor has grown from Farhand’s garage in Perth to a large office space with 14 employees, and was recently debuted on the ASX through a backdoor listing.

“I’m interviewing two people a week and adding about one a fortnight. We’re adding at such a rate that we’re trying to keep our products in line.”

We asked Farhand for some tips on how startups can successful retain their employees, even if they’re growing quickly.

Get out of the office

The Takor team regularly catch up outside of the office environment, helping employees get to know each other at a more personal level. The team also goes on short getaways, with everyone packing into a beach house. These experiences are invaluable for a startup, Farhand says.

“You’ve really got to keep a level playing field, and keep everyone equal. You have to get people out of the office, ask them about their weekend, and relate that to what we’re doing as a company,” he says.

“In the early days, the pay was really bad. We didn’t have any money so we scheduled days out of the office where we could see our technology working. People would get excited seeing that in a real life scenario, and that would lead to ideas.

“Most of the ideas for product enhancement come from the staff, not from me. The feedback is coming free from the people that are designing it, and that’s what you want.”

A lack of diversity is unfortunately commonly in tech startups, and Farhand says Takor’s diversity is one of the things that sets it apart.

“We’re very multiculturally diverse. I think we’ve got people that are from eight different countries in our 14 staff members,” he says.

“We’ve got days where once a fortnight you bring some food in that you eat in your home country.”

“And we’ve got this wall that we’re slowly painting where people can put up a drawing of what their home is like or say hello in their home language.”

“It gives you a sense of belonging; it’s your artwork appearing on the wall.”

Get the right level of competition

There is competition in the Takor office, Farhand says, but it’s mostly over guessing what ingredients going into the smoothies and who can make the best Simpsons reference. More serious competition in the workplace can be poisonous to a startup’s culture, he says.

“You’ve got to make sure that there is no rivalry or office politics, that’s crucial,” Farhand says.

“The teams are working with each other not in an overlapping way. We don’t effectively have a manager, there’s no ‘boss’ if you like saying ‘do this, do that’.

Employees should be encouraged to work on their own creative projects and bring them to the team, Farhand says. This can help build a safe and inclusive community that is focused on entrepreneurial thinking.

“I let them build their own products as well. We’ve got an incubator if you like as part of our workflow. Every once a month you can update us on your own gig – it could be growing vineyards or a beauty blog.”

Stick to your principles if while you’re expanding

Startups often find themselves rapidly growing and expanding their workforce, but it’s important that everyone still feels like they’re part of a tight-knit community, Farhand says.

“If you keep growing, how are you going to keep that culture? If we hit key milestones we go on a holiday. Our next milestone is either a week in New Zealand or five days in Bali.”’

“We pick an event that we all like, and then we try to implement that into the growth goals of the company.”

Farhand knows that he can’t keep this perfect record forever.

“People will leave, there’s no doubt about it,” he says

But for now he’s working to create the perfect startup office environment, filled with smoothies, Simpsons references and beach getaways, to keep people on board.