Trends from the guy making apps before the App Store existed 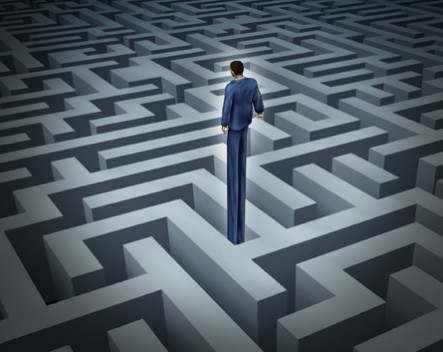 App pioneer Cody Bunea says companies and startups need to stop treating every aspect of customer engagement separately and start approaching it all as a cohesive whole.

Bunea is the co-founder and CTO of Wellington-based mobile marketing startup Carnival Labs, and was making apps before the App Store even existed in 2007.

He’s now made apps for everyone from Puss in Boots to One Direction, and tells StartupSmart that mobile will soon become a smooth cog in the overall customer strategy.

“People are going to stop thinking in terms of mobile and more in terms of the customer’s journey across all those things,” Bunea says.

“Everything’s going to turn into one big cohesive unit, and we’re already starting to see it.

“Now you’ve got emails, you’ve got web, you’ve got apps, you’ve got mobile web and you’ve got in-store customers. There are all these data touch points and users are coming in from all different angles, and I think there needs to be a big consolidation of how these products play together.”

There’ll be two main ways that this will happen, Bunea says.

“There’s going to be big behemoth platforms that do everything – one big platform that handles email, mobile apps and the rest,” he says.

“Those guys are going to be good for some players that want it all handled in one place, but I fear those guys won’t nail all of them. They’ll all be in one place but they won’t really nail all the components.

“The second thing you’ll start to see are all these other players integrating better. It’s about how we as a mobile platform can integrate better with the mail providers and ensure we play well with existing loyalty programs and other aspects.

“There will be some really big consolidations around APIs and integration.”

While apps are now commonplace and the App Store is oversaturated, Bunea was doing it all before Apple had even launched the platform after he and his friends worked out how to reverse engineer the first iPhone.

He talks passionately about the thriving underground world of app-making back then, and its steady growth over the years.

The first big decision he made was to leave his stable corporate job to pursue app development, before it was really a thing.

“It was quite a safe bet – I had no house, no kids and my parents lived in Christchurch,” he says.

“I decided to chase something that was totally out there.”

Back then Bunea and his friends focused on simple things that weren’t yet included on the iPhone, like video recording or taking notes, before moving on to games and marketing once the App Store was officially launched.

“These really set the foundation for our business,” he says.

“We did a few of those kinds of apps – really quick turnaround games or utilities – and as silly as they sounded they set up the capital for our business.

“We really saw this window of opportunity of this amazing marketplace. There were not a whole lot of skilled developers or people who could leverage it, and we saw an opportunity of being able to turn things around quite quickly and make a go of it.”

Bunea was in his parents’ living room when he landed his first big client, and still remembers the mixture of fear and excitement as he and his fellow co-founder were in talks with huge US network HBO.

“We didn’t really know what we were doing,” he says. “We were just a couple of guys in our parents’ living room at 8am trying to call up HBO. I was terrified.”

They were successful though, creating an app for HBO’s show Big Love and from there things started to “snowball”, Bunea says.

Wellington-based Carnival Labs has now made apps for the likes of Dreamworks, Gloria Jeans, One Direction and AirNZ, and has set up an office in New York.

Moving on from making apps, Carnival Labs began to focus on services work for other companies, before combining these two elements and turning into the startup that it is today.

“We constantly changing, that’s startup life,” Bunea says. “We’re trying to work out what works, what doesn’t work and who our ideal customer is. Every day is different.”

With the intense competition in apps today, Bunea says it’s becoming increasingly difficult, and increasingly important, for a company to have an app.

“The sheer number of apps is almost out of control, and that’s a bit scary if you’re a company trying to do it,” he says.