Want to share a lift to work? This Perth startup is here to help 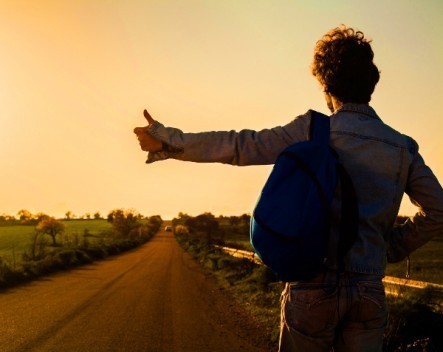 A new ridesharing service has launched in Western Australia with the aim of pairing up people who regularly drive along a similar route.

Hitch a Ride, a new startup based in Perth, hopes to save people money and reduce traffic by getting people to share lifts and split the costs of petrol and parking.

Unlike with on-demand services such as Lyft and Uber, payment is optional and negotiated directly between the driver and passenger.

“You can log either a hitch or a drive and then once you do that, it comes up for your Facebook friends and if they are going in the same direction you can organise when and where to meet up and you can share a ride.”

Rattigan says while he is aware of Lyft Line – a US service for people who want to share a car with someone going in the same direction – the idea for Hitch a Ride came about when one of the co-founders needed to get home but couldn’t.

“He had one-too-many drinks and couldn’t drive home,” he says.

“There were so many people driving past but he had no way to let them know he needed a lift.”

While concerns have been raised over people getting into strangers’ cars through apps such as Uber, Rattigan says Hitch a Ride is simply helping to facilitate what already happens in the community.

“Most people want to ride with people they know or have some sort of introduction to through Facebook or whatever social media it is,” he says.

“We’re in the very early stages… we need to get the Android version built and improve the user experience. Once that’s all done we’re going to go out and raise more funds for our marketing budget and see where it takes us from there.”