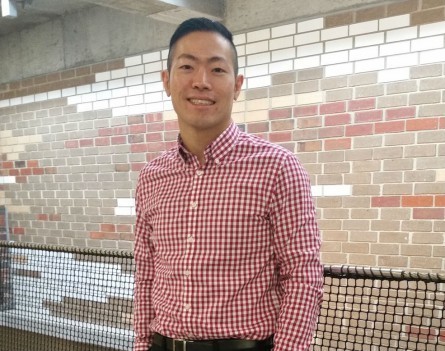 While working at NAB, Andrew Lai made a simple request for a systems change.

Six years and several job changes later, it was approved.

It was this bureaucracy and lack of control that led Lai to make the big jump from the cushy corporate job to the startup world.

He’d been working at NAB for seven years when he finally left to devote all his time to the online platform – FinancialAsk, a two-sided platform aiming to “democratise” the financial advice process.

“In a bureaucratic organisation you have to get it all analysed and funded, so after a million dollars you might get the change,” Lai says.

“Corporate life is so different from the startup world. In corporate life within a big bank there’s a lot of bureaucracy and there’s none of that in startup life.

“It’s all about getting stuff done yourself.”

Through the FinancialAsk platform users can post a question relating to any aspect of finance – from superannuation to education trusts – and have it answered by one of the financial professionals that the Melbourne-based startup is also signing up.

Lai says it’s about people getting accurate and reliable answers to common questions.

“Over 80% of people don’t have a financial adviser,” he says.

“It’s difficult to get answers to very common problems – the common questions that go unanswered.

The startup has recently become partners with Crowe Horwath, the largest provider of financial advice to individuals and businesses in Australia, and Lai says this is where most of the team’s efforts are being concentrated.

“Landing that deal has been major for us, it’s a really big deal,” he says.

“They have over 70 advisers on the site, with some doing it for over 30 years, and there are a lot of customers.

“People can get upfront and free advice through it [the site], and then they can pursue it further if they want.

“That’s what’s in it for Crowe Horwath – these are very hot leads that they’re receiving, and they get to build their profile online.”

Running a startup is a far cry of the bureaucratic world of a big bank, and Lai says he now has control over his own destiny.

“Now if I want a database change I just log in myself and within five minutes it’s done,” he says.