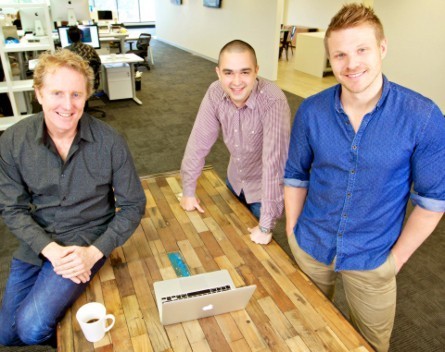 Social media aggregation startup Stackla has raised $2 million on the bet that consumers care more about what fellow consumers think than top-down advertising.

Founded in 2012, the startup provides a tool for businesses and brands that aggregates social media content about their products, so it can then be used in marketing materials and even in-store at point-of-sale.

Investors include Venture Capital firm Rampersand and a consortium led by Tony Faure and Grant McCarthy.

Stackla had been bootstrapped by its founders Damien Mahoney and Peter Cassidy, and has been generating revenue for the past 18 months.

Mahoney, who is also the startup’s chief executive officer, says Stackla was travelling well without funding, but the capital raise will help accelerate growth in the United States and United Kingdom. Stackla will double its staff headcount, mainly in its new UK and US offices to help facilitate that growth.

“We’ve already got a small footprint in the US and UK, but this is really about helping us attack those markets in a big way over the next 12 months,” he says.

“We believe our technology is well ahead of market trends and the wave of interest in what we do is far from peaking.”

It’s that potential for growth that Mahoney says appealed most to investors.

“The fundamentals of what we do are still not in mainstream marketing yet,” he says.

“We’ve always had a very strong product and invested very heavily in our product teams. That’s allowed us to build a product that is market leading, and we’ll continue to do that.

“The space has a lot of room for growth and I think we’re just starting to see its potential. We also had a big client base already and have been generating revenue for well over 18 months.

Stackla has more than 300 clients across a broad range of industries including Comcast, Myer, Toyota, Holden, Lego, Manchester United and Red Bull, just to name a few.

Mahoney and Cassidy came up with the concept for Stackla while helping NRL teams develop content for social media.

“We noticed a growing trend at the time,” Mahoney says.

“Consumers now have a voice, and with the growth of social networks and proliferation around the smartphone, there was great content being generated around football clubs and other businesses. We came up with a way to harness that content for clubs to use to power their own websites.

“Content is very expensive to produce, and what it provides is a platform to generate that content for them.

“Fans and customers are recommending brands and products to their friends on social media – these are money-can’t-buy endorsements. The problem is social endorsements are fleeting and hard to capture.

“Stackla solves that problem by helping marketers cherry pick the best content on the social web and showcase it where their customers are – on websites, apps and at venues.”