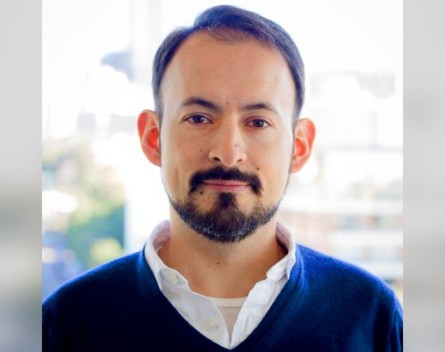 A Sydney-based startup is using photo-recognition technology to make it easier for Australians to note and share their favourite wines.

Vinus uses photo-recognition software to identify wine bottles that its users snap. The app also stores pictures, ratings and notes so people can keep track of their favourite labels.

Founder Alex Martell told StartupSmart the idea for the app came after noticing how overwhelming the wine market can be for the uninitiated, with more than 30,000 different wines produced in Australia each year.

“There are very few product categories that have that level of choice,” he says.

“Functionally, we’re a wine scanner. But as we’ve learned over the past few months we are breaking down barriers for people to enjoy wine.”

Martell says this is one of the reasons why the app has such a strong social aspect. Users are encouraged to follow their friends, as well as wine professionals and restaurateurs to learn the tricks of the trade.

The idea is to leverage technology so people no longer have to rely on the one friend who has a strong knowledge of wine.

“Rather than being constrained to one or two people you know who like wine, we’ve got 2-3000 people who like wine and are giving tips and sharing their discoveries.”

Martell says Vinus is doubling its user base every several weeks. The challenge for the business – like many other early-stage startups – is to keep pace with its level of growth while its level of capital is constrained.

“That’s what we spend quite a lot of time thinking about. Our plan is to use the growth we’re getting and data we’re getting to present to investors a pretty coherent case as to why we should be funded in the next leg of our growth.”

The startup received a small amount of seed funding earlier this year, after launching an early prototype in 2013.

“In terms of a business model, ultimately the angle will likely involve selling wine in some form but it’s something we’re not fully focused on at the moment,” Martell says.

“At the moment we’re primarily showing there’s a behaviour there which we’re confident we can latch onto.”