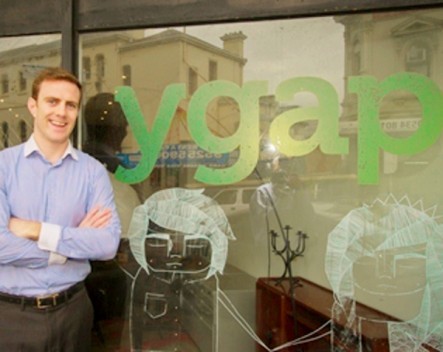 YGAP CEO Elliot Costello is continuing to disrupt social entrepreneurship through the growth of his organisation, an incubator for social change that utilises commercial strategies for growth.

When Costello left the corporate world, he took with him key business lessons to craft his social pursuits and turn YGAP into a multi-million dollar not-for-profit that seeks to empower disadvantaged communities by equipping them with the skills and resources to become self-sustainable.

YGAP began in 2008 when 12 friends, including Costello, decided they wanted to change the world by inspiring social entrepreneurs to end poverty.

“You don’t have to start a social enterprise just because it’s a new fad in the sector. Traditional forms of fundraising do work and they work very well for a lot of not-for-profits,” he says.

“You have to keep in mind that even though it’s social, you’re still running a small business. It’s a lot of hard work,” he says.

Costello says having a strong understanding of a not-for-profit’s options to raise capital and the associated implications is fundamental knowledge for any social entrepreneur.

YGAP is behind successful projects such as Photo for Freedom, which combines photography and ecommerce to raise awareness about human trafficking and related social issues.

“I think what’s unique about YGAP is we have quite a large risk tolerance. We don’t look at a sector and say, ‘we’ll never do that’,” he says.

As the organisation proceeds to take on the world of social entrepreneurship, Costello has one big hope.

“Our next desire is to really help build and accelerate others that want to crack into this space and have an impact.”