From a Sydney bedroom to the ASX in 20 years: The journey of one of Australia’s oldest startups 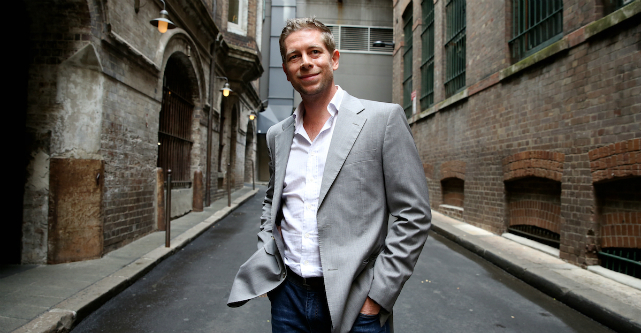 One of Australia’s oldest startups began life 20 years ago in a bedroom where the most contentious decisions were left to Lucky, the pet fish.

Now Gruden is a multimillion-dollar digital marketing and app development firm with a lucrative ASX-listing in the works.

When Gruden was founded it was 1995 and co-founder Todd Trevillion, his father and Brent Trimnell-Ritchard had just discovered a website enabling tax returns to be processed online.

“It seemed pretty easy and I said, ‘I reckon we can do that’,” Trevillion tells StartupSmart.

After some brainstorming, Trevillion and Trimnell-Ritchard, who built training CDs for a living, began developing their own website in his bedroom.

What resulted was Australia’s first online tax return systems Net Tax, which they sold to an accountancy firm for a few thousand dollars.

“We spent way more hours than we actually earned for it,” Trevillion says.

And he says they faced strong opposition from government at the time.

Trevillion says they were featured on network news as the young faces that beat the ATO in rolling out its online tax return system.

“As a result of what we’d done, they introduced new regulations,” he says.

Now, Gruden is a company of about 80 people operating out of offices across Australia and Asia, and they’re in the final stages of a public listing.

Over its two-decade lifetime, Gruden survived the dotcom crash, the global financial crisis and a recession in New Zealand – and they’ve been bootstrapped the entire time.

“We have just reinvested profits out of the work that we’ve done,” Trevillion says.

By steering clear of external investment, Trevillion says his team learnt to become prudent on how and where to invest the company’s revenue in order to move it forward.

It also meant they had to build a robust business-model that was self-sustainable, he says.

Monitoring costs, numbers and having a thorough understanding of the scope of the work they were engaged for proved to be invaluable for this, Trevillion says.

As Gruden transitioned from a small startup to a larger firm, the team started looking at product development to spark new revenue streams.

This led to the launch of MobileDen, a mobile payments platform, and the company now boasts a client portfolio including state and federal government and major international brands including Disney and Woolworths.

Looking back, Trevillion says the best thing they did was being customer-centric from day one.

“At the end of the day our biggest success is survival and the key is really having good client engagement and long-term work,” he says.

And they didn’t start out with any grand vision.

“We started with the view that there’s an idea and a product that we think we can do so let’s just go out there and do it,” Trevillion says.

When the dot com crash hit, Trevillion says many startups failed because they were celebrating too early purely on potential value rather than having real substance.

“No new sales were coming through but we were able to sustain and supply by working with our existing client base,” he says.

Creating a startup that was built to last took more than 20 years of Trevillion’s life.

“We spent hours on all of that un-sexy stuff that you really need to have in place to make sure that you’re sustainable and will be around for tomorrow,” he says.