Not a startup whizz-kid story: How Stripe grew into a $6 billion tech giant 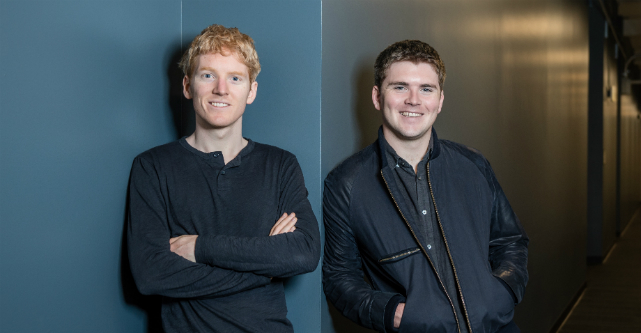 Nearly seven years and a name change later, John and Patrick Collison’s tech company is now worth more than $6 billion ($US5 billion), operates in over 20 countries and has 520 employees.

Based in the US, Stripe is a tech platform that allows businesses and individuals to accept payments over the internet, and was born out of the brothers’ first-hand frustrations with handling payments online.

“People would vent at you – the early market research was very easy because this was such a huge issue for people and it was causing so much heart burn, and yet it hadn’t been solved,” John Collison tells StartupSmart.

“We said at one point, “we should just build something to make payments easier. How hard could it be?” It turns out, pretty hard actually. We’ve been at it for seven years now.”

Not your stereotypical startup story

Stripe has now raised $US300 million in funding and is used by some of the world’s biggest companies, including Salesforce, Twitter and Shopify, along with big brands in Australia like Canva and Shoes of Prey.

While it’s easy to look at Stripe’s rapid growth to the summit of the tech world and use it as a shining example of two whizz-kid brothers building a startup from the ground, Collison says the actual journey doesn’t fit this bill.

“One thing that irks me to no end is the emphasis on the founders – it’s so misplaced,” he says.

“When you look at how companies actually run, there are a huge number of really experienced, qualified managers that are a very significant part of making them tick.”

Stripe recently celebrated its second birthday in Australia with the launch of Stripe Connect, and he says this is all part of the “grinding effort” across the last seven years.

“If you look at the launch that we have with Connect in Australia, all the progress that we’ve made in the market and all the interesting product stuff – that’s not us, that’s a really wide spread of people across Stripe who are very experienced in what they do,” Collison says.

“And all of this was really gradual.”

This gradual growth began with a small online software firm – Stripe’s first customer and a friend of the founding brothers.

But as interest in the platform grew, they soon realised that they had created something that people really wanted.

“Amazon celebrated when they got the first order from someone who was not their parents,” Collison says.

“That’s something similar for us – you get your first customer that’s someone who does not know you personally.”

Even today, Collison says Stripe’s rapid growth is thanks to word-of-mouth rather than a big marketing budget.

“We are fortunate that startup communities and developer communities are really passionate about tools and infrastructure, and love to talk about what they’re using. We would find people spreading the good news on forums.”

This organic growth has been so successful that now a quarter of Australians have bought something from a Stripe-powered business, he says.

But most of all it’s about building something that people actually want.

“If you build a better mousetrap, something that’s not just incrementally better but that makes life significantly easier – 10 times easier for businesses than it was before – word is going to get out about it,” Collison says.