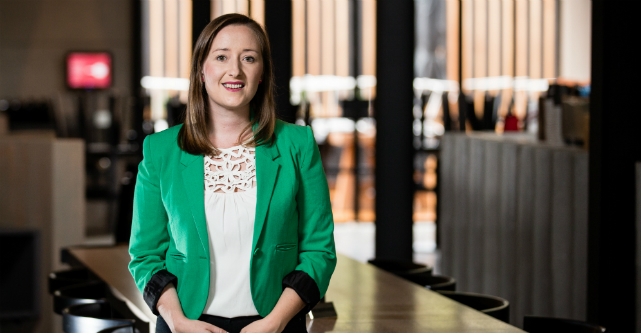 A Melbourne-based entrepreneur is planning to launch a new social network this month helping to connect people over a mutual love of food.

Let’s Meet At founder Loretta McGill says she created the startup to help people build meaningful relationships over food, whether for romance, friendship or meeting new people while travelling.

“Out of the frustration of looking for friends and love online, I decided to create my own platform,” McGill tells StartupSmart.

When McGill moved to Melbourne from New Zealand, she says she found existing channels to find new friends and form relationships quite disappointing.

“The only options were clunky dating sites, Tinder came with expectations and the other online dating sites weren’t user-friendly,” she says.

After working across various industries like not-for-profits, marketing and tech companies including a dating site about a decade ago, McGill realised that food was always the common denominator.

“It was food that people were mentioning in their bios,” she says.

So she began working on Let’s Meet At, a platform where foodies can create profiles about themselves and search for fellow food junkies through a range of attributes, including dietary preferences.

“We’re the only Australian platform to connect foodies one-on-one,” she says.

This month, McGill scooped up more than $7000 and 94 founding members through a crowdfunding campaign on Pozible that reached its goal 30 hours before deadline.

“You have to keep a realistic target,” McGill says.

“I knew that I needed funds to finalise the site and the last development phase but I also knew there were going to be other costs after launch.”

In addition to this, she chose crowdfunding as a way to include the founding community in building out the platform’s features.

“It takes three times the effort you think it’s going to take.”

But she says it was very useful in sparking interest, building an initial community, gaining support through funding as well as market research.

“I’ve done a lot of customer research which was fantastic because it meant that I’d be able to refine messaging and develop the site based on feedback,” McGill says.

Let’s Meet At will be officially launched across Australia and New Zealand within weeks, before going global at some point in the future.

McGill hopes to reach more than 700 members by the end of the year.

“I’m going to have to stay ahead of the game and just keep pushing it,” she says.

Being her first tech startup, McGill has experienced a steep learning curve.

“It helped me get out of my comfort zone and go and talk to people and go and network with people and become the face of Let’s Meet At – that’s not something that comes naturally to me,” she says.

For support, McGill called on BIGThink! founder John Di Natale to be her mentor.

“A year ago, I might have not thought that was a priority,” she says.

But about six months into developing her startup with Di Natale on side, McGill says it is one of the most crucial strategic decisions she has made.

“It’s been really important to have somebody there, to keep you on the right track, work out where you’re going to go and the day-to-day things towards your vision,” McGill says.