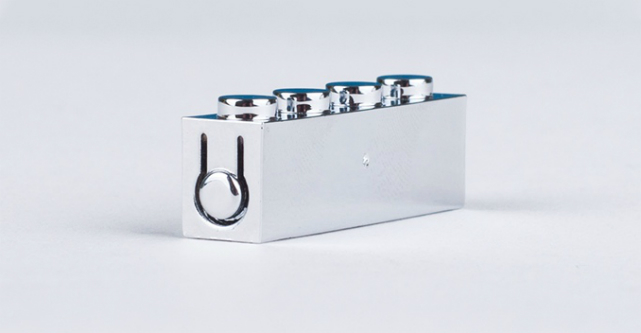 An Israeli quantum physicist has raised more than $US700,000 after creating what he thinks is the next big thing in building blocks.

The Brixo Kickstarter campaign has raised more than 1000 times its initial goal from nearly 6000 backers around the world.

“It’s like Lego on steroids, if steroids also gave you superpowers and taught you new languages,” the Brixo campaign states.

The aim of Brixo is to make engineers and tech creators out of anyone, co-founder and lead engineer Boaz Almog says.

“We want everybody who has ever played lego and everyone that has building blocks in their house to have Brixo as well.”

Almog, a quantum physicist by trade, began working on Brixo as an educative tool so anyone from children through to adults could start making things and bringing them to life through tech.

The inspiration for Brixo came from a science experiment Almoog’s son was working on.

When he was unable to answer what exactly it was and how the system he had built worked, Almog realised there was a missing gap in the homework.

“You don’t see the structure behind these tangled wires,” he says.

“I thought to myself why can’t we use this in 3D building systems [and] build a circuit like we build logo?”

This sparked his side project: Brixo.

“It took years of hard work,” he says.

Before launching the Brixo crowdfunding campaign, Almog dedicated every spare hour to building the prototype, figuring out how to manufacture plastic blocks that transfer electricity, getting IP and finding the right partners.

“[Israel] is an excellent place to be a startup, everywhere I look around I see startup guys like us, very ambitious, very driven,” he says.

“There is some sort of solidarity, everybody here understands and offers support in connecting [you] to the right people.”

Before beginning on the prototype or launching the crowdfunding campaign, Almog did some research.

“A year ago, we started working very seriously on the actual campaign,” Almog says.

“We looked at other building block [crowdfunding] campaigns to see if others had ever succeeded.

“The answer was no.”

With little evidence to go by that this project would work, Almog and his team started engaging in discussions with users, on forums and their Facebook community.

And they employed a specialist media company to help.

“They were supporting us before the campaign about media buying, engagement with the users and they had many successful campaigns helping other companies,” Almog says.

“It’s crucial to use such people who have experience.”

In the end, one of the most important things they did was hosting an ‘Ask Me Anything’ session on Reddit.

“We posted an animated gif of Brixo,” he says.

“And this picture was intriguing because people didn’t understand if it was real or fake and a discussion was forming.”

The gif attracted so much attention they were invited to host the AMA, answering anything users wanted to ask for seven hours.

“It gets a lot of traffic and I think it also gives you a lot of credibility.”