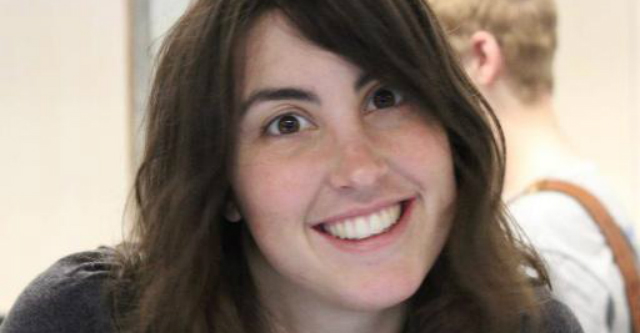 With a pocketful of savings, Melbourne entrepreneur Michelle Mannering and three fellow founders are busy building a platform utilising artificial intelligence to make the world a smarter and better place.

As a hacker-in-residence at Carlton Connect and a participant in the Melbourne Accelerator Program, Mannering and her team are one of the first residents in Melbourne’s new “melting pot” for innovation.

“My co-founders and I all met at a bunch of different hackathons,” Mannering tells StartupSmart.

Just a year after meeting, the team has launched Black AI, a startup offering a platform that is developing machine learning computer vision.

“Basically, we just teach computers how to understand and interpret the world,” Mannering says.

She says it’s a technology that could potentially be used everywhere from home security and city planning to health and aged care.

The Black AI technology could be used to develop keyless homes where doors only unlock for recognised residents, and in cities to analyse pedestrian traffic and use of public places.

By the end of this year, Mannering wants Black AI to have run successful trials and be generating revenue.

Black AI is already in talks to launch a smart cities plan in Melbourne for the entertainment industry and is beginning a trial with the University of Sydney in a study for early detection of Alzheimers and Dementia.

Black AI’s technology will also be used by the researchers to track and record important data about patients’ movements, which can allow them to detect odd behaviour like re-entering a room several times in a short period.

It can also help track if patients are taking medication and doing rehabilitation correctly.

Competing on a global stage

Mannering continues to remain active in the hackathon and startup community, not just in Melbourne but around the world.

This week, she is vying for an all-expenses paid trip to Israel and will be pitching against startups across the globe in Start Tel Aviv’s 2016 competition for female entrepreneurs.

Her startup has also been selected to compete at Microsoft’s Imagine Cup, which will be held at Microsoft’s Seattle headquarters, where she’ll pitch before CTOs from Facebook and the like.

“We’re hoping to impress them and meet some of those people,” Mannering says.

As an active member of Australia’s startup scene, Mannering says she’s keen to show the world’s most advanced ecosystems that Australia is a global contender in innovation.

“Even if we don’t win, it’s practice, exposure and networking opportunities,” she says.