SkedGo to Rio: How this Sydney startup got into the Olympics 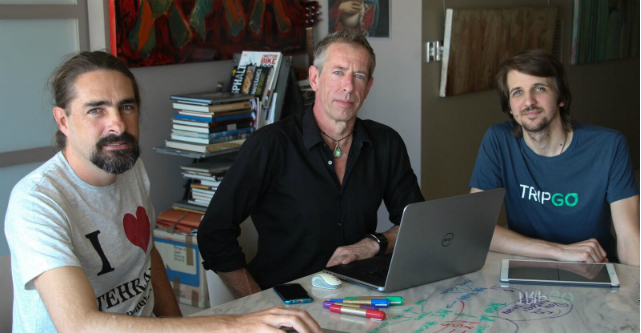 A Sydney startup is going to Rio after winning a global competition to provide technology for the upcoming summer Olympics.

SkedGo created a tech transport solution that will help the estimated half a million people that will descend on Rio de Janeiro later this year for the Olympics.

SkedGo entered its app RioGo in the competition run by the City Hall of Rio de Janeiro and a Swedish research institute.

The app is a smart digital itinerary planner enabling users to work out what events they can go to and the best way to get there during the Olympics.

Originally a side-project for the startup, SkedGo founder and CEO Clause von Hessberg says the idea was reignited when he came across the Olympic City Transport Challenge.

Initially titled ‘What Go’, von Hessberg says they built and released a beta version of the app before other priorities got in the way and they had to postpone further development.

“When the Olympics City Transport Challenge came up, we realised we already had all the pieces and could put it together,” von Hessberg tells StartupSmart.

It also allows them to find local attractions, entertainment and dining options.

RioGo uses the same technology as SkedGo’s award-winning app TripGo, which now has over 800,000 users across Australia and beyond.

“It has the intelligence to figure out how things fit,” von Hessberg says.

He says the success is a result of creating a highly unique value proposition in the market.

“Our routing engine does something that other routine engines don’t do, even Google doesn’t,” von Hessberg says.

By enabling users to create trips with mixed modes of transport, users can plan trips more effectively to meet their needs.

This means university students can use it to plan the cheapest travel route while a businessperson can use the same app to save time, von Hessberg says.

“That’s appreciated by our users,” he says.

It also enables users to link in their personal calendars and enter in details of their vehicles to further customize their itinerary and get a more accurate estimation of journey times.

Users get notifications to alert them when it’s time for them to leave and can gauge whether it’s possible to attend all the events they’re interested in with local transport means and traffic.

After the Olympics, SkedGo will be looking to re-brand and release the app under a neutral name so people visiting cities around the world can use the app during major events be it world championships or festivals.

“We just hope that raises our profile for our technology,” von Hessberg says.