An “innovative leap forward”: How a Melbourne startup plans to be a billion-dollar Nasdaq-listed company in three years 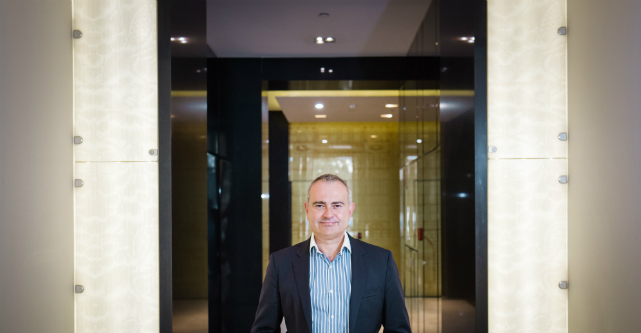 It was when a 19-year-old Melbourne entrepreneur was working for Telstra in the 80s that he first came up with the concept for a million-dollar company.

Tasked with improving the telcos efficiency, Brad Birchall developed a way to automatically dispatch Telstra technicians based on their availability and skills.

Back in the days of the first version of Windows, it was “breakthrough stuff”.

More than 10 years later Birchall was a CIO at SEEK and the idea really began to consolidate.

“I was actually getting to see and understand the whole HR marketplace and the jobs marketplace,” Birchall tells StartupSmart.

“That was a breakthrough insight.”

The entrepreneur then began to develop the concept for a cloud-based talent management platform based around competency of employees and potential hirings.

Now, more than 15 years later, the idea has transformed into Seera, a startup turning over $1 million annually, with a $10 million Series A round in the works and a potential ASX-listing next year.

Birchall says he never envisioned the concept he first mused in the 80s transforming into a successful tech company.

“Back then it wasn’t something I was particularly thinking about in the future,” he says.

“There was an immediate need for Telstra and it was something I came up with.

“At the time if someone had said to me I’d be heading towards an IPO in the future and coming up with a breakthrough innovation I probably would’ve thought they were crazy.”

But that isn’t even the half of it – by 2019, Birchall plans for Seera to be a $1 billion Nasdaq-listed company.

Based in Melbourne, Seera offers a cloud-based platform for talent management. The people management tool generates a user’s job ads, and then follows the performance of the employee once they are hired. It also incorporates machine learning to help employers identify the best candidates.

Launched in 2013, Birchall says the startup is now turning over more than $1 million annually in the highly competitive HR tech space.

It’s a saturated market, but he says Seera stands out from the pack.

“What differentiates Seera as a solution is the competency framework,” Birchall says.

“It’s completely based on competency and the analytics with machine-learning.”

Birchall says Seera is at the forefront of a new HR movement away from traditional resumes and hiring techniques.

“Imagine a person going for a job and being evaluated on the basis of a resume, a LinkedIn profile or some simple questions,” he says.

“With Seera it’s completely different because we base it on people’s competencies, not skills.

“We believe the resume is dead and people are now being evaluated more and more on competencies. This is not new, the HR market knows this but we’re the first company to actually build a platform based on it.”

Aside from his time as an executive at Telstra and SEEK, Birchall has also been immersed in the startup world, having founded two successful companies before turning his attention to Seera.

Unlike most founders who view a lucrative international public listing as a far-off pipe dream, this was the goal from the very start – in fact it was the basis for the entire company.

“Unlike most companies that would first build their product and survey the market, we tried to make an innovative leap forward and say, ‘what does the market actually require? How do we get to a billion-dollar Nasdaq listing? Where do we want to be in 12 months before that and 12 months before that?’” Birchall says.

“Then we worked from that backwards. We basically forecasted what revenues we needed and used that to define the products sets and our approach to market.”

With the lofty goal of being a billion-dollar public tech company, Birchall has placed a series of milestones on the path towards the IPO and the ambitious entrepreneur says everything is on track.

“We’re ahead of our targets,” he says.

With rapid growth in Australia, the company has now appointed Newport Capital to undertake a $10 million Series A funding round to accelerate its launch into Asia and begin preparations for an ASX-listing in 2017 – two of the main milestones before the planned Nasdaq listing.

Seera will be opening its first international office in Singapore as it looks to aggressively expand into the Asia-Pacific region, with the $10 million cash injection helping to spur marketing efforts in the area.

“The funds will be used predominantly for sales and marketing,” Birchall says.

“We have spent the last five years investing our money wisely and building a scalable global platform and we’ve reached a point where our investment in that is now negligible.

“Our spend on marketing was less than $100,000 for a year – just imagine how much we can accelerate growth with a capital raising.”

The startup has achieved its rapid growth and adoption thanks to a range of collaborations and alliances, the most significant being with Microsoft.

Although not putting an exact price on what he hopes the company will be valued at through the funding round and IPO, Birchall says he’s confident it’ll surpass the valuations of his competitors.

One of its biggest rival, 1-page now has a market capitalisation of around $106 million.

“I believe that with the present revenues for those companies, their valuations are over-valued,” he says.

“I’m quietly confident that with our strong revenue base we’re well-placed for a high valuation.”

The power of persistence

In terms of advice for other budding entrepreneurs, Birchall says it’s important to stick to your guns and back yourself, no matter what other people are saying.

“Everyone is going to tell you that you can’t do it, that it’s a crazy idea. Never listen to them,” he says.

“You’ll trip up along the way, you’ll make mistakes and you’ll change your plans, but never give up.

“If you’re not prepared to persist with something in the face of criticism you’re never going to succeed.