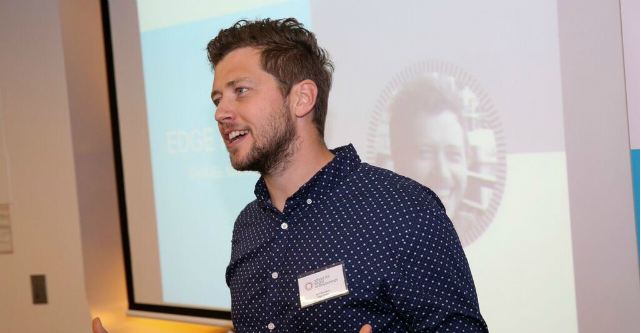 An environmental scientist-turned-tech entrepreneur has launched an app aiming to help save native wildlife by making people do weird and wonderful challenges.

Edge Pledge founder Samuel Marwood says he wants to turn everyday people into wildlife protectors to help save the more than 1700 native animals that are at risk of extinction.

Through the app, users can nominate three challenges – anything from knitting a scarf to submitting a novel to a publisher –  with their friends voting on which one they have to complete and then donating money.

“You pick three challenges that you’re willing to do, your friends vote and you do the winning challenge,” Marwood tells StartupSmart.

“The whole idea is to help people raise money for wildlife and to make it fun for people to make a difference.”

Edge Pledge beneficiaries will be 16 wildlife projects working to save species like the marine turtle, Great Barrier Reef coral, the Tasmanian devil and the grey nurse shark.

“A lot of the projects are around helping the animals to breed,” Marwood says.

“Many have lost their habitat. Forest and bushland has reduced and there are foxes and feral cats that eat them.

Making the leap into impact entrepreneurship

Edge Pledge has taken two years to build and is just one of Marwood’s many ideas using commercial business models for social good.

The social entrepreneur left a career in government spanning over more than a decade after identifying the opportunity in entrepreneurship to drive impact.

He is now an active member of the School of Social Entrepreneurs alumni network and dedicates his time building new startups from his lounge room.

Marwood says one of the biggest challenges he faced when building Edge Pledge was dealing with rejecting and finding the energy to try again.

“It’s sending an email two or three times to the same person to finally get their attention,” he says.

To get the ball rolling with Edge Pledge, Marwood recruited comedian Tommy Little and The Loop presenter Ash London along with others to help raise awareness of the app through an online web series.

The founder says it is a “fine art” when it comes to winning over a lineup of ambassadors.

With Edge Pledge, he says he carefully considered how he could create mutual benefit for the people he reached out to, and by providing something of value like good publicity he was able to get great talent onboard.

“It’s about offering something that would be worth it to that talent, these videos would be fun content for those comedians to be able to share themselves and add to their repertoire,” he says.

Marwood is also working on another startup called Cultivate Farms, a platform that will connect young people with investors and retiring farmers to co-own and run farms.

He says he hopes this platform will enable young people who dream of being farmers to pursue these ambitions even if they don’t have any financial backing of their own.

Marwood, who grew up in a dairy farm, says he has strong ties to regional Australia.

“We find a young family, we find the farm and we find the investors, and we match them up and set up a deal they’re all happy with,” says Marwood.

“Then we provide ongoing support, and ensure they’re doing all the right things to sell product and become profitable.”