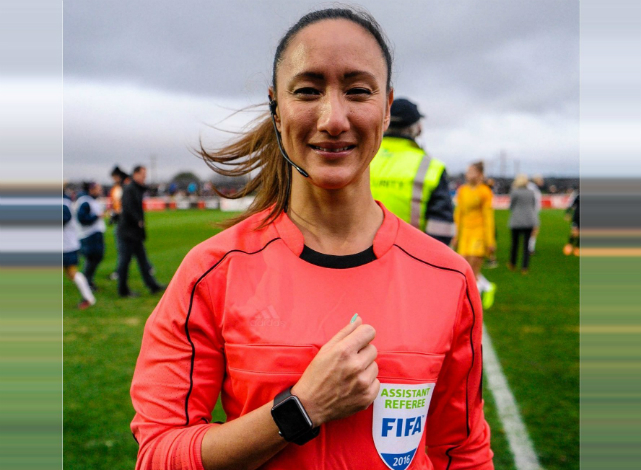 An entrepreneurial soccer player is following his startup dream after his app was used during an international football game.

“We’ve had to set it up in mind of current team sheets used by referees,” Murphy tells StartupSmart.

RefLIVE was recently used by a referee at a recent pre-Olympic match between the Matildas and New Zealand, a “world-first” for this type of technology, he says.

“The feedback from the official that used our technology was overwhelmingly positive, with many of them asking if they could use it for all of their games,” Murphy says.

The idea to create RefLIVE came from Murphy’s experience out on the field.

“I’ve been a player for quite a long time and I’ve been involved with coaching and refereeing,” he says.

“Watching a lot of football, it just stuck out to me that it’s a pretty time consuming process using a pen and a notebook for referees.”

After observing this out-date and inaccurate process, Murphy says he turned to his background in finance and banking to solve the problem with tech.

With limited knowledge in tech and app development, he quickly put together a team including a developer and an investor friend, and they now operate the startup out of NAB Village.

“At the moment, we’ve just released it as a free app as a proof of concept targeting initial referees,” Murphy says.

“We had a lot of web traffic downloads in the UK and US.”

His big goal is to have the app picked up by major sporting leagues and governing bodes around the world.

Murphy has always dreamed of running his own startup, leading him to quit a cushy corporate job and move to Melbourne to study entrepreneurship and innovation at Swinburne University of Technology.

“I always wanted to run my own startup from a really young age,” he says.

“It wasn’t something I got a lot of encouragement for.”

During his study, he decided to bring the referee app idea to life.

Most of the app’s development has been funded by Murphy and he has no intention of bringing on other investors any time soon.

“We’ve got enough cash to help us really execute our commercialisation plan,” he says.

Looking back over the past year, Murphy says he is glad he stuck to the vision and got a product out to market, especially because many told him it just wouldn’t work.

“The biggest challenge is trying to validate your idea but at the same time having the vision,” he says.

“I just had to make it and show people.”

Since RefLIVE hit the market, users have responded well and many naysayers have been converted, Murphy says.

He encourages other early stage startup founders to be objective and listen to advice but push past discouragement, fear-mongering and risk-aversion.

“You’ve got to listen to the right people,” Murphy says.

He says the decision to study entrepreneurship helped shift his doubts to realise the opportunities in starting up his own venture.

“The entrepreneurship program gave me a lot of direction and helped me build that contact base,” Murphy says.

“It really validated everything I wanted to do.”

And the entrepreneur has some lofty goals for RefLIVE.

“Look out for us in world football and major tournaments,” Murphy says.

“Our dream is to be used in the World Cup.”