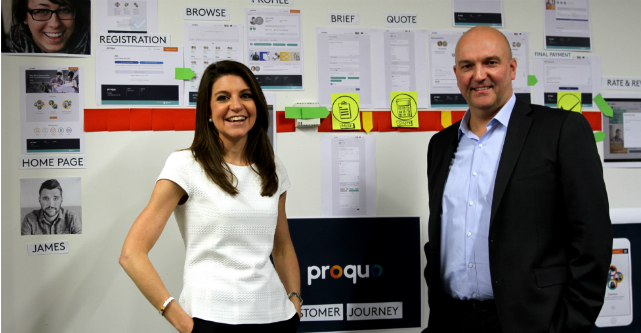 NAB and Telstra have joined forces to launch their very own startup with the aim of helping Australian small businesses.

NAB executive general manager of micro and small business Leigh O’Neill says one of its most important features is that users will be able to help each other even if their budgets are tight.

“Cash flow is a key issue for small business so being able to swap services is a great way to get things done as you’re growing,” O’Neill tells StartupSmart.

The startup was built in NAB Labs and Telstra’s Gurrowa Innovation Lab after conversations between the two big corporates revealed they both had small business customers that were looking for better ways to interact with each other to trade and exchange services.

“That led to the initiation of an idea of how can we digitally connect our customers,” O’Neill says.

The venture, which is split 50-50 between NAB and Telstra, will begin its pilot this month and is expected to launch fully in July.

“Increasingly NAB is realizing that to have proactive relationships with many more customers, partnerships are an enabler for that,” O’Neill says.

“We saw a real benefit of us coming together to collaborate for the benefit of that [small business] sector.”

“If we build a strong small business economy, Australia is stronger.”

But O’Neill says they are looking for an independent CEO to take the reigns as soon as possible.

“We’re going to find an individual who is really motivated at growing and building a startup but also the startup community,” she says.

To use Proquo, users first create free profiles on the platform and enter information including what skills they offer and what they need before connecting with other members who they can chat with in real-time.

They can also enter briefs or quotes with agreed outcomes, set rates if payment is involved and provide ratings and reviews.

For traditional money for skill exchanges, Proquo stores 50% of the payment in its “vault”, which is released once the job is successfully completed.

The platform will be a great place for tech companies to grow too, Telstra Group managing director of business Andy Ellis says.

“Small businesses often struggle to get off the ground and our research shows that the exchanging of services will be a great advantage to many startups,” Ellis says.