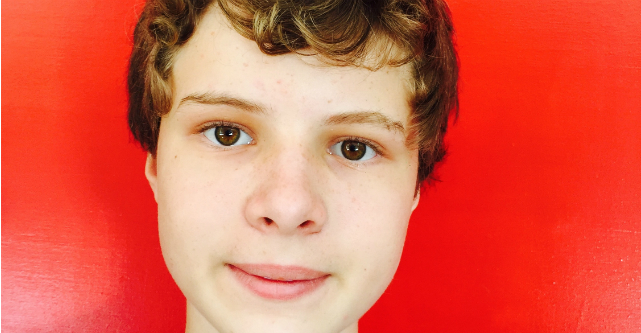 Meet the next generation of Australian startup founders.

Albury resident Finlay Campbell has been teaching himself to code since he was nine years old just so he could launch his own tech startup, along with friend and business partner Thomas Summerfield,

“We kind of taught ourselves over the years,” Campbell tells StartupSmart.

“We started off with a base template and redesigned it,” he says.

Campbell and Summerfield have now created an online music streaming platform with lofty ambitions to compete with some of the biggest players in the market.

Defani One is a service designed to help artists share and promote their own music, Campbell says.

“It’s a new platform similar to SoundCloud where you basically go onto the website, upload your music and other people can go and stream it,” he says.

And this isn’t even their first attempt at a startup.

Before creating Defani One, the pair developed Defani Recording, a digital record label.

But the pair’s age became a barrier and they decided to pivot.

“A lot of people didn’t feel comfortable that it was being run by two 13-year-olds,” he says.

Instead, Defani One will have built-in tools allowing artists to upload music themselves and share it through iTunes or Spotify.

Campbell and Summerfield are musicians as well, and came up with the idea through their own experiences.

“We were looking at ways for us to put our own music out there,” he says.

But they quickly saw an opportunity to create something they could share with fellow musicians.

While artists on Defani One will be able to create free accounts for basic profile information and embedded content, the founders are looking at introducing a premium model where users can build up their fan-base through mass email marketing for a fee.

“We wanted to create a platform so people like us and other artists could get their music out there,” Campbell says.

Living in a regional town, the opportunities to connect with fellow artists, startup founders and tech enthusiasts have proved to be limited for the young pair.

“At school, we’ve got a pretty good IT set up and teachers but we probably need more education in the community for kids who want to learn how to code and build these things,” Campbell says.

The Defani One founders have now launched a micro-crowdfunding campaign to raise $1000 because they need to purchase extra servers and a better hosting plan.

“The hosting plan we’re on is pretty limited so if a lot of people start signing up, we’re going to run out of storage,” Campbell says.

Though the site has gone offline for debugging, Campbell is working together with his teammate to launch it officially in June this year.

Their dream is to make it one of the biggest streaming platforms out there, “up there with SoundCloud and Spotify”.

And what will Campbell be doing in 10 years?