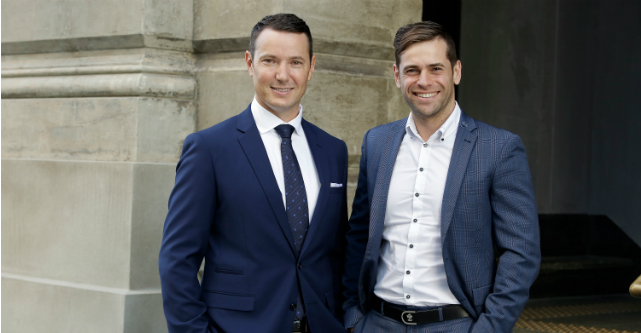 A Perth financial adviser has teamed up with a prominent bitcoin entrepreneur worth nearly $70 million to launch a startup delivering an automated educational service helping Australians improve their financial health.

David Pettit has launched Future Penny with Zhenya Tsvetnenko and, along with a handful of private investors, have invested $500,000 in the venture.

Tsvetnenko is the founder and director of blockchain company DigitalX and digital advertising firm Tech Mpire, both of which are listed on the ASX.

Future Penny will be launching at the end of June and is a robo-education platform designed to boost financial literacy and empower people with guided decision-making to better personal wealth.

“It’s an online system for people to become educated with personal finances and take advantage of gaps and opportunities they might miss out on,” Pettit tells StartupSmart.

The platform provides education through three tiers: think, learn and do.

After working as a private wealth adviser for more than a decade, Pettit says the impact of more than 60% of Australians not feeling totally organised with their personal finances is massive.

“You don’t have peace of mind, it can be quite a stressor and stress has a funny habit of doing two things: keeping us awake at night and asleep in the morning,” he says.

The idea to create an easily accessible tool for personal wealth management has been brewing in his mind since he was a young boy.

“There isn’t anything in our education system that helps people with their finances,” Pettit says.

“It’s not presented to you based on who you are and what you need,” Pettit says.

With 80% of Australians not having a financial advisor, Pettit began brainstorming ways they could use tech to address the problem.

“What kind of online experience could we create that looks after the broader part of the population?” he says.

With the advent of machine learning and robo-advice, he realised there was an opportunity to create an education driven service in this space.

Pettit joined forces with Tsvetnenko to get his idea off the ground.

“We’d been working together for about five years,” he says.

They met when giving a presentation to Microsoft on the future of financial services.

Their goal now is to get 100,000 users on Future Penny and improving the state of their personal finances.

“The first thing we do is give people a score on how they’re going, then we test them or they can self-test, if the data shows they are improving with their finances then we’re achieving our goal,” Pettit says.

By the end of year, Pettit says he hopes Future Penny will be up and running across 10 different companies and their workforces.

“Our method to market is not going one user at a time, it’s one organisation at a time,” he says.

Once they reach this target, Pettit says their reach will be quite significant.

The purpose of Future Penny

As he ventures into his first fintech startup, Pettit says purpose has been fundamental for Future Penny.

“The main thing is that we have started a business that starts with people’s needs first,” he says.

And he says they are building Future Penny’s products and services with this in mind.

“There is a bit of a crisis out there in relation to people and their money,”Pettit says.

Pettit and his team are now working to deliver a user experience that can be customised for each end-user with an interface that creates value for everyone.

If they are able to educate people on personal wealth management and as a result help them turn around poor financial health, then they’ll be on track, Pettit says.

“If we get the two right, hopefully profit and success will follow,” he says.