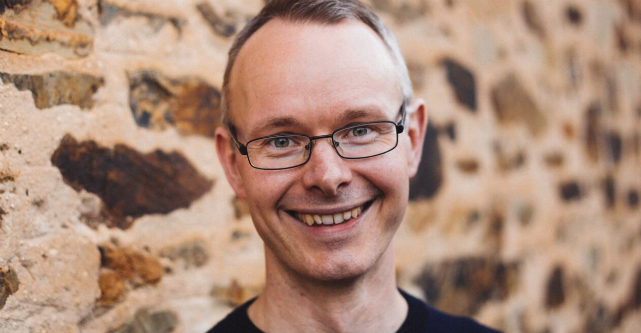 An immersive tech company working out of ACMI’s new co-working space has launched a platform aiming to curb the high rates of suicide in farming communities across Australia.

The Ripple Effect enables farmers in regional towns to connect, chat, and share experiences anonymously to address issues like the stigma surrounding mental illness and treatment.

Sandpit, which is a resident of ACMI X, developed the “online intervention” platform in collaboration with institutions like the National Centre for Farmer Health (NCFH) and Deakin University for Beyond Blue’s STRIDE Project.

“The site is really about allowing people to share their own experiences and to connect with other people’s experiences,” Sandpit founder Sam Haren tells StartupSmart.

It’s not a crisis support service, but it does seek to provide an online place for people affected by suicide to safely share stories and not feel alone in their experiences, he says, and talking about suicide is one of the toughest challenges survivors and people affected by it face.

“We really hope that it takes a step in helping to break down the stigma around these kinds of issues,” Haren says.

With Australia losing seven people a day to suicide, the Ripple Effect actively seeks out and connects people in rural Australia who may be suffering in silence.

One of the key ways the Ripple Effect does this is by documenting and sharing real, lived experiences.

Recently, Haren and his team mailed out 10,000 postcards to farming communities, which asked recipients: If there was one thing you could share about suicide or its stigma, what would it be?

“A whole bunch of postcards came back and we were able to digitise those,” he says.

These stories were shared anonymously on the Ripple Effect and have been used in micro-documentaries.

The platform also uses adaptive learning to provide “clinically informed information” that is relevant to each person that visits the site.

Haren says this may be guidance, advice and other information to help people dealing with suicide stigma.

“In every instance, we’re presenting the bits of information we think are relevant to particular types of users,” he says.

Using technology to build a solution

Haren says the Ripple Effect was developed over 12 months through close consultation with mental health experts from Deakin University and NCFH.

“They had the expertise and clinical knowledge around suicide stigma and the information that would be beneficial to share with individuals grappling with that stigma,” Haren says.

As the tech team, Sandpit’s goal was to create a digital solution to help build healthier and supportive communities affected by high suicide rates.

People affected by suicide and those at risk – particularly men in farming communities aged 30 to 64 – were the key groups Haren and his team had in mind when designing the platform.

“We had to make it work for people who may not have quick internet,” he says.

“There were interesting challenges from a technical level. We were having very diverse users that the project needed to serve.”

The platform also uses adaptive learning technology to provide the most useful information a visitor may need.

Instead of a generic response, Haren says the Ripple Effect platform listens to people and how they respond before determining the best information or stories to share.

“We designed a digital project which understands who that person [end-user] is,” he says.

“We’re able to listen and adapt to the context of that individual to give them the best version of support.”

After a year of research and development, the platform was launched last month.

“What’s incredibly moving is when you hear people’s actual lived experiences and you’re able to connect them,” Haren says.

“It can help people understand that they’re not alone.

“We’re able to make the community feel more open and talk about these kinds of issues.”

The Ripple Effect project will run for the next nine months.

If you or anyone you know needs help: