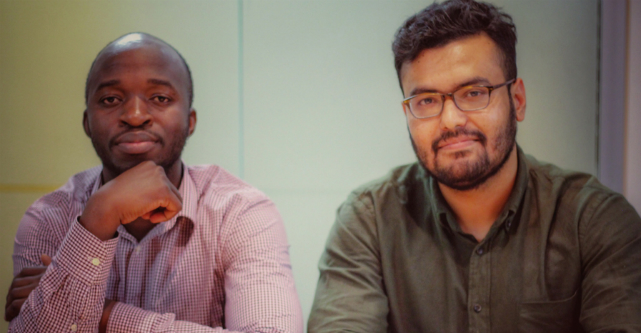 Two Sydney entrepreneurs have teamed up to launch a platform aiming to make it easier for new migrants to settle in Australia.

Simple Settler founders Louis Amon and Emran Alam are on a mission to create a world where anyone can belong anywhere, with their startup working as a “one-stop hub” for newly arrive migrants to settle as seamlessly as possible.

“Our big vision is to make it easier for people to just move around the world, to any country,” Amon tells StartupSmart.

Though it’s starting with a target market of international students, Simple Settler will eventually cater to the needs of all types of migrants including entrepreneurs and investors.

From tracking down the best coffee spots and surviving the Australian winter through to finding the right suburb or bank account, Simple Settler will provide a comprehensive guide to these new residents, Amon says.

And while it’s very early days for the startup, Amon and Alam have big ambitions to expand into migrant hotspots like Canada.

“At the moment we’re mainly focusing on Australia because this is the market we do know and understand but our main goal for the future is to expand globally,” Amon says.

Both Amon and Alam have experienced the challenges of resettling firsthand, after coming to Australia nearly a decade ago to pursue tertiary studies in technology.

“When I came to Australia, I didn’t do much research,” Amon says.

“I know a lot of people do a lot of research before they move to a place, I did not because I didn’t know where to start.

“The internet has a lot of information in regards to travel and immigration [but it’s] all scattered in different places.”

When he moved, Amon says he had no idea what places to go, where to shop for groceries and that he was eligible to have bank account fees waived as a student.

“It can be very stressful to move,” he says.

“These things that seem so simple can save you a lot of money.”

Amon and Alam, who developed the idea for Simple Settler from a student project at Macquarie University, are now working to increase the amount of content of the platform while building partnerships with a range of organisations like immigration agencies, recruitment firms and universities.

The founding duo will not be seeking early stage funding, opting instead to bootstrap it and prove the concept.

“We’re focusing on building it out first so it can speak for itself.”