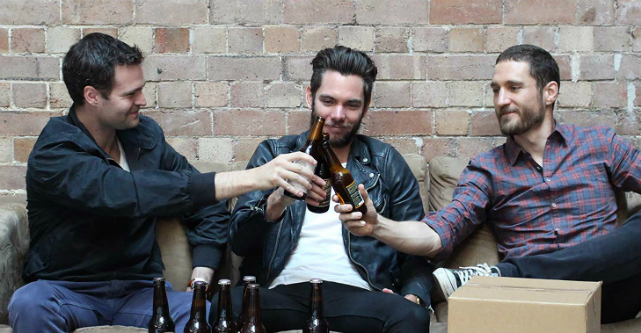 A Sydney startup originally launched as an online craft beer retailer has changed its name and expanded to include all alcohol as it looks to take on the traditional Aussie bottle shop.

Beerbud launched in 2014 with grand plans to change what it means to be an online marketplace focusing on beer, but as demand from both sides of the equation grew, co-founder Andy Williamson decided to change the name to Boozebud and include wine and spirits as well.

“We just wanted to find a brand that represented all liquor,” Williamson tells StartupSmart.

“It’s obviously something that our customers can relate to and understand.”

Australian startup darling Vinomofo has a firm grip on the online wine delivery market, but Williamson says he doesn’t view the Melbourne-based startup as a rival.

“I think they’re a completely different model – they’re a wine discounter,” he says.

“Our competition is really the bottle shop – we’re the only pure-play online company that sells all liquor.”

This transition into a much bigger market is a big moment for the young startup.

“We’ve got a much bigger addressable market now,” Williamson says.

But he says that it hasn’t been difficult to bring the alcohol suppliers on board.

“As a retailer you’ll always be able to get discussions with people because you’re ultimately buying products and driving sales for them,” he says.

“It’s walking in and letting people know what your vision is, what you’re all about and why they should work with you.”

Until six months ago BoozeBud had been entirely bootstrapped by its founders, with investors since chipping in an undisclosed amount to accelerate the growth.

He says that above all else, founders have to be patient.

“It’s something everyone starting a business wants to go through,” Williamson says.

The long-term goal for Boozebud is to become one of the leading players in the Australia liquor market that’s worth $16.2 billion, Williamson says.

“We’re starting small but we’ve got a transformative business model that addresses all parts of the market.”