A Sydney startup with $500,000 in funding wants to monetise your social media following 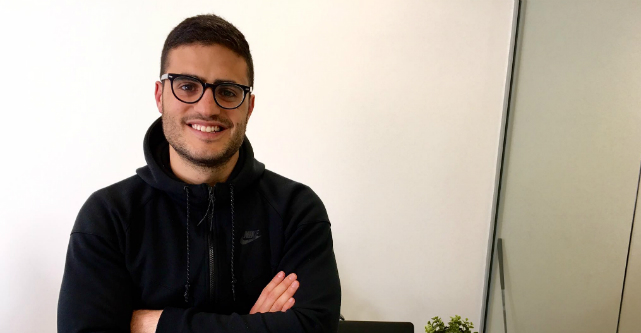 A Sydney entrepreneur who has secured more than $500,000 for his tech fashion startup has now launched a new social shopping app enabling influencers to monetise their large following.

“We wanted to create more of a community within our app and more of a social shopping experience,”Anisse tells StartupSmart.

On Foenix Closet, influencers can curate items they wear in a digital closet that their followers then watch.

When followers buy an item from one of these closets, the influencer and Foenix score a commission on the sale price.

Seeing that many “social shopping” platforms like Instagram or Pinterest are not actively converting followers into buyers, Anisse set about creating Foenix Closet, an app that would seize these moments and leverage the following of well-established social media influencers.

But four years ago, Foenix was simply a fashion brand.

“Over time I evolved the model and started to work with a no-stock approach”Anisse says.

With his finger on the pulse for emerging trends, Anisse pivoted Foenix into an online fashion platform before embarking on the rollout of its social shopping app.

Today Foenix, turns over more than $100,000 and features over 4 million products from 150 stores worldwide.

Anisse expects these figures to grow with the uptake of its mobile shopping app.

In October last year, Anisse raised $400,000 in Series A funding to help bring the app to market.

Proving the app was globally scalable with a strong roadmap and market differentiation were key points in drawing investment, he says.

The Series A funding brought the tech startup’s total external investment to more than $500,000.

But it also gave Foenix a heavyweight board including My Sale CEO Carl Jackson and Fairfax and Woolworths South Africaboard member Patrick Allaway.

“Within our board I put together there is a lot of global experience,” Anisse says.

He is now leading the company through another major capital raise with two venture capitalists in consideration.

“We want Foenix to be the go to app when it comes to fashion exploration, for people to buy from their favourite influencers and be inspired by,” Anisse says.

He will be dedicating the new capital raised towards an aggressive approach to expand its influencer-partnership program overseas and on Instagram.

“In my opinion, with Instagram their strategy is to keep people within their app,” he says.

“It’s not a dedicated fashion app so by niching and creating this community that is fashion-focused we can still excel even if Instagram decides to put a ‘buy’ button on their app.”

“There isn’t much competition in social shopping space with giving commission back to influencers,” he says.

“This is something different that could give them potential to make direct sales and see revenue generated instead of just ‘likes’.”