At the beginning of 2020, entrepreneur Mel How was on the cusp of rebranding and relaunching her successful digital agency Marketing Wise.

At the same time, she had given up all hope on her side-hustle, The Cocktail Shop, and was getting ready to pull the plug.

Then, along came COVID-19 and turned everything on its head.

How founded The Cocktail Shop in 2018, in a bid to break down some of the barriers to drinking fancy cocktails at home.

“You have to stockpile an enormous amount of very expensive alcohol to make a variety of drinks,” she tells SmartCompany.

The founder started out with a subscription model. But, straight off the bat, she knew the business was going to be logistically challenging, she says.

She wanted to support local distilleries and providers, but that meant asking them to provide stock in custom-sized bottles.

And to make this worthwhile for everyone meant she had to buy in bulk, she adds.

“I didn’t have the subscribers to do it.”

All of this is even before you take into account some of the regulatory hurdles that come with an alcohol-based business.

“The business model had barriers all around it,” How says.

Throughout 2019, sales for The Cocktail Shop were “completely flat”, she says.

She scrapped the subscription model and was selling individual boxes, but by the end of the year, she was ready to close up shop.

“Here I am thinking I can apply all these principles — everything I know — through search marketing, social advertising and Facebook and Instagram, and customers will just come,” she says.

It became clear that The Cocktail Shop wasn’t working. But, How was reluctant to let go, or to admit she had failed.

“I dragged my heels. I just didn’t want to do it,” she says.

In the meantime, however, the entrepreneur was making big changes at her other business, digital agency Marketing Wise.

Having run Marketing Wise for 10 years, consulting on and running digital projects for corporates, she had noticed the industry was shifting and becoming much more competitive.

It was time to re-brand and rethink her business model — or so she thought.

Just before COVID-19 spread to Australia, How was preparing to move the business into online reputation management, with a focus on the travel, hospitality and retail sectors.

“Literally, it targets all those industries that are most affected,” she says.

“I had re-engineered my business model and I had literally pivoted directly into the firing line.”

The coronavirus crisis really took hold in Australia in March 2020. How’s re-launch was scheduled for March 31.

“I’m ready to sink my teeth into this other business and it’s totally the opposite.”

But, while everything at Marketing Wise ground to a halt, sales at The Cocktail Shop were starting to pick up, and fast.

How doesn’t disclose actual revenue figures. But she does say sales in August this year were 150 times more than what the business recorded in March.

Being in digital media and marketing, she puts a lot of this down to the leg work she had been putting in previously, particularly in terms of SEO and digital marketing.

“I had established the presence of the Cocktail Shop to such a degree that the moment we went into lockdown … I was right there ready to go,” she explains.

“It gave me an amazing headstart.”

But, she also tapped into a new market that allowed the business to scale.

She was seeing a lot of orders for groups of friends having virtual cocktail nights, she notes, but businesses were socialising virtually too.

“Suddenly I unlocked it … It has to be Friday night drinks. It has to be companies doing virtual happy hours.”

Almost as soon as she added a ‘corporate gifting’ page to her site, the orders started flooding in from some of Australia’s biggest businesses.

She was suddenly sending out 120 kits for a staff drinks event, or 70 for shareholders attending a virtual AGM.

One business ordered drinks for an online trivia night. Another sent them out to employees to accompany their virtual murder mystery party.

“They’re all looking for these creative ways to engage their customers or to engage their staff, and to keep staff feeling like they’re connected in this new virtual world, which is probably here to stay for quite some time.” 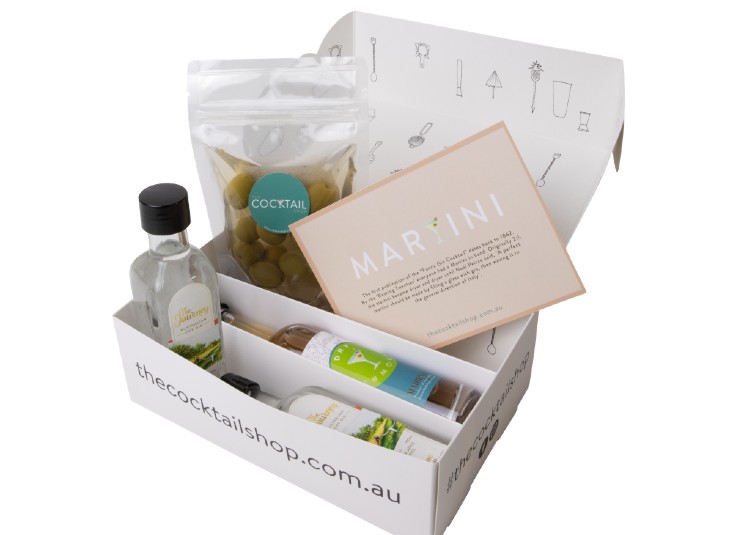 Entrepreneurs often describe their businesses as their ‘babies’. And in How’s situation, that analogy feels particularly pertinent.

Marketing Wise was the ‘good’ business that ticked along and behaved itself, while The Cocktail Shop was unruly and difficult.

How had been ready to let her second business go and to focus 100% on Marketing Wise.

“I was in a certain mindset, and I was really committed to it.

“Then, suddenly, out of the blue this painful child suddenly turned around and decided it was going to do the complete opposite of what it had been doing,” she explains.

“I resented it”, she admits.

Eventually, it was something How’s brother said to her that shook her out of her resentment.

Like a child, a business won’t always do as it’s told, or turn out exactly as you expected. But, sometimes, it just needs the right environment to survive.

“[But] you can’t predict how the market is going to go. You don’t know how long it’s going to take for demand to be there.”

For How, this has been a lesson in resilience. She had been ready to scrap The Cocktail Shop entirely. It’s only here today because she procrastinated.

“Maybe I should have had more faith in the work I was doing,” she says.

“I thought I was failing. I wasn’t failing, I was setting up something — I was doing the groundwork.” 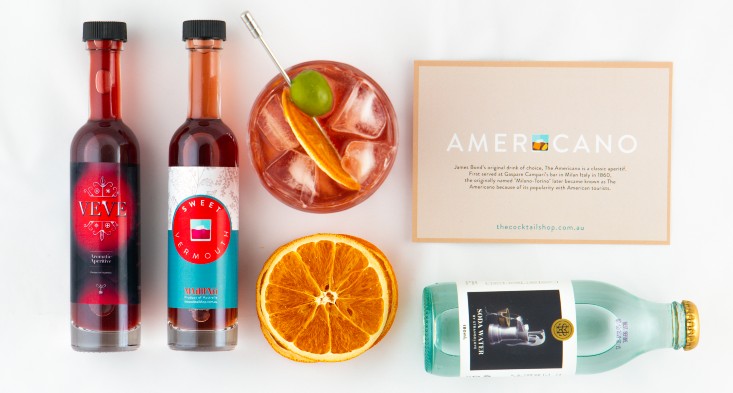 Now, even when the COVID-19 crisis has passed, How plans to keep The Cocktail Shop up and running. But, she expects to hire staff to take care of it day-to-day, while she gets Marketing Wise back on its feet.

While her relaunch may not have gone as planned, she sees opportunities for the agency post-pandemic.

She also thinks they’re seeing the importance of remote connection too. And The Cocktail Shop will continue to meet that demand.

The pandemic has normalised the idea of remote work, and shown you can connect with your team members not only from different homes, but from different cities and even different countries, too.

“One of the most exciting things about COVID is that it showed all these companies and organisations that they can actually operate as one team,” How explains.

“They don’t have to just have their Sydney group go out for drinks on a Friday night … they can have these virtual events and they can bring everybody together and create this sense of unity … Culturally, there’s a huge amount of value in that,” she adds.

“I don’t think that’s going to go away.”

NOW READ: How this founder bounced back from every startup’s “worst-case scenario” by focusing on revenue, not funding