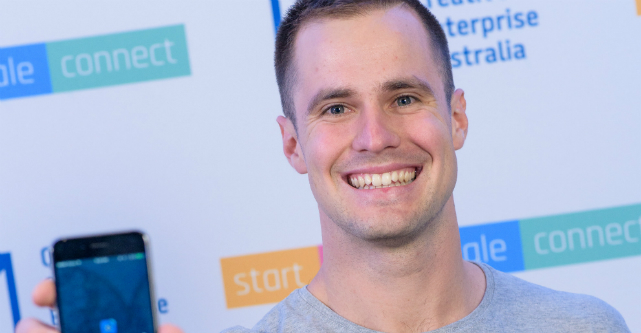 A Brisbane startup aiming to disrupt the $203 billion youth travel market is on its way to pitch in front of Europe’s biggest venture capitalist after winning a local competition.

Storyboard took out the top prize at the Creative3 pitch competition, and founder Darren Tonkin will now be presenting at the renowned Creative Business Cup in Copenhagen.

Aiming to incorporate “rich media and blogging” Storyboard allows users to create and share stories by matching photos and videos with the places they visit. The platform can also be used to explore destinations or discover what other users are up to nearby.

The startup was awarded the prize by a prominent judging panel featuring investors from the likes of Signal Ventures, AirTree Ventures and Blue Sky Capital.

By winning, Tonkin says a gateway has opened for him to grow his venture and access the European market.

“I have a vision where Storyboard is going to be a platform that’s used every day,” Tonkin tells StartupSmart.

“We believe everyone has amazing stories and everyone should be able to share their stories with the world.”

Tonkin will now work closely with CEA mentors and coaches to develop his business and pitching style as he prepares for the Creative Business Cup pitch contest in November.

“CBC is filmed and put on TV throughout Europe,” Tonkin says.

“I can reach users and audiences, other people and startups I can meet and collaborate with.”

When it comes to pitching a startup, Tonkin says rejection shouldn’t stop you.

Moving ahead with an unfaltering faith and a clear purpose is at the core of what founders need to do well, he says, and investors, talent and customers will come.

“Go with something and believe it,” he says.

Aiming to “tell your story, how it should be told”, the Storyboard app uses metadata and mapping to put photos and videos together in “an appealing way”.

“It shows the full story,” he says.

“We can see a day in the life of a startup founder like me. We can see what it’s like to be an Indigenous child growing up in rural Queensland.

“It gives them a box to stand on to share their story with the world.”

The app will have three revenue streams including a sponsored post feature and premium membership to customise how the maps look and brand integration.

It will also offer brand integration so businesses can embed logos and animations automatically into stories about travel.

Tonkin began working on the app with a team at App Factory in January this year and released it to the public four weeks ago through a soft launch.

In that time, Tonkin says Storyboard has featured on the Apple app store and gained 1400 active users who have shared more than 7000 stories.

The idea for Storyboard came to Tonkin when he was living in Brazil. As he explored Rio and went hiking through the Amazon, Tonkin says there was no way for him to effectively share his journey with loved ones at home.

“I wasn’t able to share what I was doing with the people I wanted to really share it with.”

The problem with platforms like Instagram and Snapchat, he says, is that they only provide a flickering glimpse into people’s lives.

“There’s no understanding of the journey and what happens in between,” he says.

Getting acquired is a big option for Tonkin, should Storyboard become so popular it garners the attention of social media giants like Facebook.

“It’s something I’m not worried about now,” he says.

“They’re not going to [notice] until we’ve got millions and millions of users.”