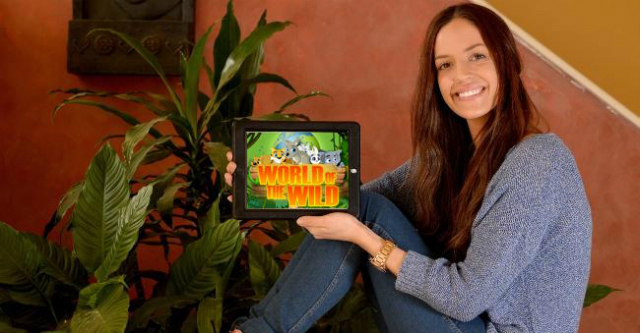 A Melbourne conservationist-turned-entrepreneur has created an app aiming to have a real-world impact on the environment.

Following years of dedicated volunteer work around the world and the launch of her social enterprise My Green World in 2013, Natalie Kyriacou embarked on her next big mission: a smartphone app that she says could change the world.

After seeing the addictive power of simple apps like Angry Birds, Kyriacou looked to convert the time people spend on these games into positive impacts in the real world.

The World of the Wild app gamifies animal and environmental conservation, allowing users to rescue animals, plant trees and fight poaches, with each item representing a global charity.

Users can learn about their various efforts and make a real donation and then see its corresponding impact within the game.

“It’s like Sim City but there’s an opportunity to participate in game play and contribute to real wildlife conservation,” Kyriacou tells StartupSmart.

She says the app can not only help educate everyday people, especially children, about these issues but also empower them to actually do something about it.

My Green World is linked with 17 global charities, including the Dogstar Foundation, a group dedicated to improving the welfare of more than 3 million stray dogs in Sri Lanka and Borneo Orangutan Survival Australia, which aims to save orang-utans from poaching and farming.

“Tech startups and the tech sector have a powerful position and are able to make huge impacts on society as a whole,” Kyriacou says.

“It’s important to create things that have an impact and find solutions to global problems and today’s most pressing threats.”

Since its release, the World of the Wild app has been downloaded more than 1000 times, but the founder hopes this will grow to more than 10,000 downloads per month following a major marketing campaign next month.

Kyriacou has no background in tech or game development and had to start from scratch to develop the app.

“It took me a while to save up the money and get my ideas on to paper,” she says.

This involved pulling together more than $100,000 by selling her car, running garage sales and organising several fundraisers, allowing her to launch an MVP.

“I put my life savings into it,” Kyriacou says.

“I never created the game to make a profit, it was my way of contributing to society.”

But she does hope the app will eventually generate revenue, which will then be put into My Green World’s business operations.

“Then I can continue making games and creating impact through technology and innovation,” Kyriacou says.