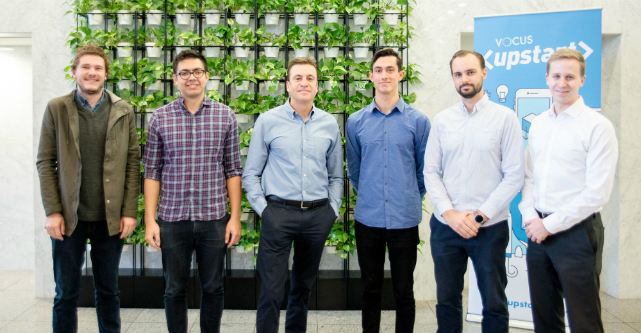 As Australia sits in political limbo more than a week after voting, a group of Perth entrepreneurs is developing a voting system that could see election results announced just minutes after polling booths close.

Veri.vote CEO Adrian Petersen and four friends were motivated to investigate the technology after reading reports of more than 1000 ballots being lost in a state election in 2014.

“Votes can easily be misplaced, voters can vote multiple times, and the counting of votes requires a huge amount of government resources.

“We are really excited to start the conversation around how we can improve our democracy given the ability to easily and efficiently represent the general public’s voice in how to run our country.”

Bringing voting into the 21st century

He says the veri.vote team wants to utilise technology and the blockchain to replace a voting system that is 150 years old with a more transparent and accurate process.

“Veri.vote is designed so that it may be implemented in polling booths, or voters may vote from home,” Petersen says.

The system will protect voters’ identity with sophisticated cryptography that will allow it to save votes permanently while maintaining full anonymity, Petersen says.

“We aim to work with electoral commissions to ensure the fairest possible voting process for the Australian public, whether that be from polling booths or the comfort of your own home,” he says.

“The blockchain is the key technical innovation that allows veri.vote to store votes permanently in a public forum.”

And the Perth-based team says this technology can be applied to far more than just national elections.

“The addressable market worldwide is in the billions,” Petersen says.

Petersen says veri.vote will utilise a SaaS model and sell its service to enterprise.

“We aim to work with large organisations and government to deliver the fairest elections, and to provide our platform as a SaaS for smaller NGOs,” he says.

Veri.vote has just been accepted into the Vocus Upstart’s accelerator program, scoring $40,000 in seed funding and a range of mentorship.

“Our main priority right now is the continued development of a platform that people can trust, and to get in front of key decision makers in universities and local councils,” Petersen says.

“Our platform will have the most impact in developing [countries] where citizens cannot trust in their government to hold fair elections.”

“We selected Veri.Vote on the strength and diversity of their team,” Nathan says.

“In addition to being bright and talented they are also very young.

“The best thing they will get from the accelerator program is advice and mentoring from 30 plus mentors in the program who have many years of experiences in building businesses.”